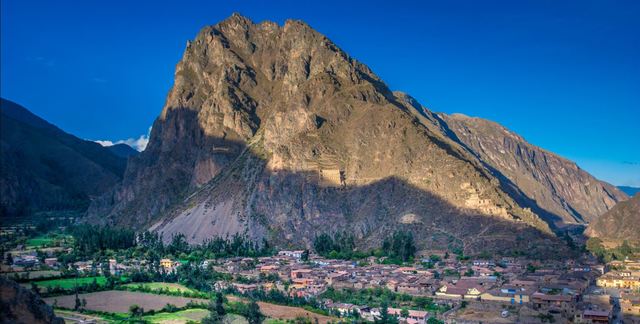 A fascinating 2015 article by Scott Hoyt commences with a lengthy quotation from a Catholic chronicler of Peru named Pedro de Cieza de Leon. He was writing around the year 1550, fewer than 20 years after the destruction by Spanish conquistadors of the Inca empire. In the passage that I cite here, Cieza describes the appearance of Viracocha:

“There came from a southern direction a white man of great stature, who, by his aspect and presence, called forth great veneration and obedience. This man who thus appeared had great power, insomuch that he could change plains into mountains, and great hills into valleys, and make water flow out of stones. As soon as such power was beheld, the people called him the Maker of created things, the Prince of all things, Father of the Sun. For they say that he performed other wonders, giving life to men and animals, so that by his hand marvelous great benefits were conferred on the people. ... In many places he gave orders to men how they should live, and he spoke lovingly to them ... admonishing them that they should do good ... and that they should be loving and charitable to all. In most parts he is generally called Ticiviracocha. ... (And) that wherever (he) ... came and there were sick, he healed them, and where there were blind he gave them sight by only uttering words.”

He arrived suddenly. One account of his appearance says that the ancestors of the Incas “were a long time without seeing the sun, and that, suffering much evil from its absence, great prayers and vows were offered up to their gods, imploring for the light they needed. Things being in this state, the sun, shining very brightly, came forth from the island of (Lake) Titicaca ... at which everyone rejoiced” (compare 3 Nephi 8:19-23; 10:9-10).

Another account describes an occasion when Viracocha “descended from the sky to the summit of the mountain and heard the weeping of his people. He was so moved by their cries that he began weeping and tears flowed from his eyes” (compare 3 Nephi 11:8; 17:21-22).

Perhaps significantly, too, one of Viracocha’s other names, “Kon Tiki,” appears to be connected with noise, thunder and earthquakes (see 3 Nephi 8).

Eventually, Viracocha left — but not before he promised to return. And this promise led to an important historical twist. One of the early chroniclers reports the reaction of the last Inca ruler to the arrival of Francisco Pizarro and the Spanish conquistadors: “When this became known to Atahualpa he rejoiced greatly, believing it to be Viracocha coming, as he had promised when he departed.” The mistake proved to be fatal for the too-trusting Atahualpa and for the vast empire over which he ruled.

Viracocha was also identified by the Incas as the creator deity. However, it’s worth noting that he didn’t create the universe out of nothing but, rather, out of pre-existing matter. He organized chaos.

Hoyt observes that “remarkable similarities exist between the version of Christ’s ministry in the Americas as recorded in the Book of Mormon and the Catholic (chroniclers’) accounts of the ministry of the ancient Peruvian deity Viracocha.” The similarities are so compelling, in fact, that several of the lesser chroniclers and even some later non-Latter-day Saint scholars have wondered whether Viracocha might have been Christ or at least one of the apostles. But these chronicles (like the sometimes similar stories of Viracocha’s Aztec counterpart Quetzalcoatl and the Maya Kukulcan) were unavailable to Joseph Smith. He simply could not have borrowed from them. Nor could he have known that, according to certain Spanish chroniclers, some Incas claimed that their ancestors had come from Israel (just like Lehi and his family).

However, despite the striking parallels, Hoyt doesn’t argue that the events recorded in 3 Nephi occurred in Peru. He doesn’t appear to believe such a thing. But he does entertain the possibility that Jesus Christ might have visited the ancient Peruvians, as he may have visited other people in other locations (see 3 Nephi 16:1-3).

Lead image of the Viracocha mountain at the Incan ruins and gateway to Machu Picchu in Peru, from Shutterstock.

See Scott Hoyt, “Viracocha: Christ among the Ancient Peruvians?” in BYU Studies 54/1, published in 2015, and online at byustudies.byu.edu/content/viracocha-christ-among-ancient-peruvians.

Also see William Hamblin and Daniel Peterson, “Viracocha and the gods of the Inca Empire,” published June 21 online at deseretnews.com/article/900076335/william-hamblin-daniel-peterson-viracocha-and-the-gods-of-the-inca-empire.html.