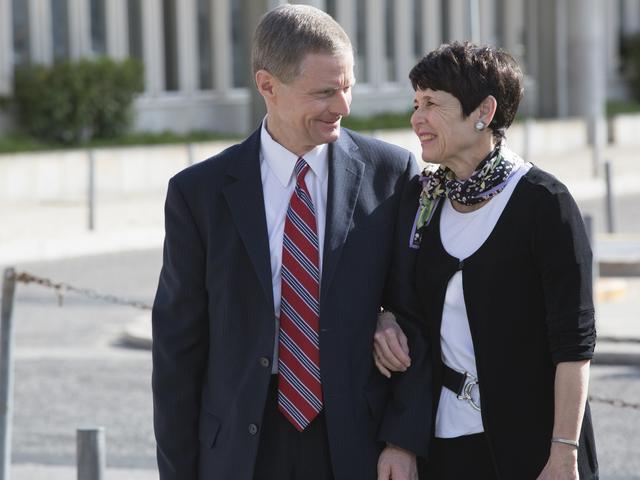 How Sports Led 4 Apostles to Their Wives

Did you know that a third of the apostles met their wives through sporting events? Maybe that will inspire you to buy some tickets for a game real soon!

Members of the Quorum of the Twelve Apostles of The Church of Jesus Christ of Latter-day Saints always sit on the front row of the stand at general conference. Their wives also sit on the stand in the Conference Center. That much, everyone knows.

But what many may not realize is that a third of that quorum — four of its members — met their wives in another stadium-like setting. . . .

► You'll also like: What LDS General Authorities Say About Their Wives

Met: While he was announcing high school basketball games over the radio. She was on a local drill team.

He said: “She just brought out the best in me. … June has kept me from getting pompous and self-important.” (Ensign, June 1984)

She said: In an interview with the Ensign, she said she saw Elder Oaks and “stood around until (she) was introduced.”