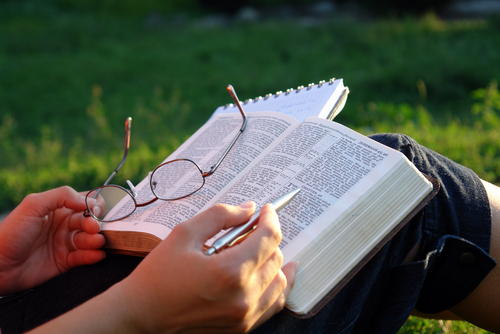 Scripture study can be a bit daunting because of the use of symbolism. Yet a careful and specific study of the words found in scripture and their origins will unlock a treasure and lead to a meaningful understanding of how we can better interpret messages from the word of God. The Book of Revelation, in particular, holds many treasures, but though it can be captivating—it is also a bit bewildering.

“Are we expected to understand the book of Revelation? Certainly. Why else did the Lord reveal it? The common notion that it deals with beasts and plagues and mysterious symbolisms that cannot be understood is just not true. . . . [I]f we apply ourselves with full purpose of heart, we can catch the vision of what the ancient Revelator recorded” (Bruce R. McConkie, “Understanding the Book of Revelation,” Ensign, September 1975).

By studying the original meaning of words from the book of Revelation, we will see many principles that we can apply to our everyday lives.

► You'll also like: 5 Words That Will Transform Your Temple Worship

In Revelation 3:14–16, we read of the city of Laodicea. Through a complex system of aqueducts, water was piped to Laodicea from two cities: Hierapolis and Colossae. Hierapolis, to the north, was home to a hot spring, and, to the south, the city of Colossae enjoyed the refreshingly cool waters of the Lycus River. But by the time the waters of these two rivers reached the Laodiceans, it was anything but refreshing. It became tepid and calcified or, quoting from Revelation 3:16, lukewarm. In fact, Revelation 3:15–16 suggests that the Laodicean people had become like their river: “I know thy works, that thou art neither cold nor hot: I would thou wert cold or hot. So then because thou art lukewarm, and neither cold nor hot, I will spue thee out of my mouth.”

Believers living in Laodicea may have been bitten by the bug of complacency; there’s evidence that its members lived a life of spiritual apathy, characterized by the adjective lukewarm.

Many times, we too—if we are honest—live that way. Sometimes we live as if we can take care of ourselves, forgetting our dependence on Christ, which can lead us to live as lukewarm disciples. The Lord can’t do too much with us if we’re lukewarm or striving for independence from God. He wants us to choose Him (see Matthew 6:24). To that, President Marion G. Romney taught, “Now there are individuals who try to serve the Lord without offending the devil.” (“The Prince of Peace,” Ensign, October 1983). Sterling W. Sill similarly taught:

“[B]y holding back in our faith, we become holdouts on God and members of the unfortunate group that someone called ‘life’s half-believers.’ They are those who believe just a part of the time, or they believe in just some of the [doctrines]. This makes us guilty of those great sins of fractional devotion and marginal morals, which produces a minimal performance. . . . We are left straddling the fence, and our dim understanding leaves us uncertain as to which way we should go.” (Sterling W. Sill, Principles, Promises, and Powers (Salt Lake City: Deseret Book, 1973), 137–38).

Revelation 9:21 lists four prominent sins of the latter days, two of which are sorcery and fornication. By understanding the words in these verses, we can see how these sins are manifesting themselves today.

One of the sins listed by John is sorceries. There are certainly undertones of devil-worshipping and occult activity when we read that word; interestingly, however, the way sorceries is used in Revelation 9:21 may also refer to drug use. Here, sorcery is translated from the Greek word pharmakeia, which connotes witchcraft, poison, and drugs. The words pharmacy and pharmaceutical are derived from pharmakeia. As the use and abuse of methamphetamine and opioids grow, we may be seeing the fulfillment of John’s prophetic vision.

Another prominent sin listed is immorality. The Greek word used in this verse is porneia (the root of the English term pornography), which refers to sexual activity outside of marriage. In our day, rampant use of pornographic materials fosters immorality and threatens marriage.

► You'll also like: The Most-Used Word in the Book of Mormon: 4 Powerful Insights It Taught Me

The Mark of the Beast

What is the mark of the beast? This question has intrigued New Testament readers for years. Revelation 13:11–18 speak of a beast, and in these passages, we learn that this diabolical creature leaves a mark on its followers. The wicked followers of this beast are sealed in their foreheads to mark their allegiance (Revelation 13:11–18). They who worship the beast “receive a mark in their right hand, or in their foreheads” (Revelation 13:16). This may symbolize evil actions (hands) and evil beliefs (heads).

This beast seeks to destroy peace by leaving his mark upon God’s children. The Greek term for mark used in Revelation 13 is charagma, which means “the brand a master places upon an animal or a slave” or “the mark left by a serpent’s bite.” These definitions certainly suggest Satan’s war with the Saints and his desire to “bite” and destroy spirituality.

Speaking about scripture study, Elder Jeffrey R. Holland shared one technique to bring greater relevance to our study. He said, “Read more slowly and more carefully and with more questions in mind. . . . Ponder. . . . examine every word, every scriptural gem. . . . Hold it up to the light, and turn it, look and see what’s reflected and refracted there. . . . Such an examination may unearth a treasure hidden in a field: a pearl of great price; a pearl beyond price” (“Students Need Teachers to Guide Them,” address to CES religious educators, June 20, 1992).

As you read scripture—and especially as you read books like Revelation—take a few extra minutes to look up word origins. Taking the time to slow down and truly study will bring application that reaches well beyond your normal study. Though this takes work, the rewards are plentiful. Elder David A. Bednar testified:

“The combination that opens the vault door to hidden scriptural treasures includes a great deal of work—simple, old-fashioned, hard work. A farmer cannot expect to harvest a crop in the fall if he does not properly sow in the spring and work hard during the summer to weed, nourish, and cultivate the plants. In like manner, we cannot expect to reap a rich scriptural harvest unless we pay the price of regular and diligent study” (Elder David A. Bednar, “Because We Have Them Before Our Eyes,” Ensign, April 2006).

May you take the time to open the vault door by studying the words of God in the word of God, the holy scriptures. 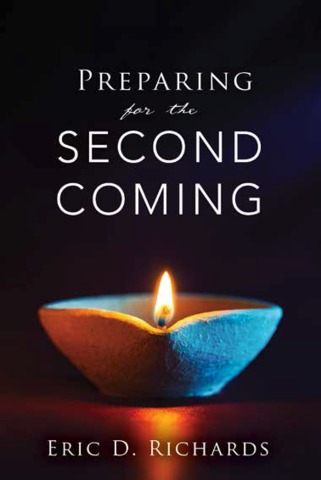 The book of Revelation, brimming with seemingly impenetrable imagery and symbolism, can feel daunting in its account of the climactic conclusion of the world. But now, popular institute instructor and EFY director Eric D. Richards seeks to demystify John's prophetic visions in Preparing for the Second Coming. From the historical background of the verses to their modern applications and ability to prepare readers for the Second Coming, this unique exploration of Revelation centers on the words of modern-day prophets to illuminate the timely teachings found in this book of scripture. Look to the future with patience, hope, and courage as you come to more fully understand the transformative power of the book of Revelation.

Brother Richards grew up attending the Mountain View Baptist Church in San Diego before missionaries baptized him and his mom. During his mission, he lived in huts, ate spiders, and used machetes (ma-shed-ees) while living in the jungles of Honduras. His last 6 months were spent in Alabama due to a bone tumor in his shin.

After meeting his wife at EFY, he moved to Utah to teach Seminary, play water polo & volleyball for Utah State University, and…to marry her.

He teaches Institute at Utah State and gives firesides all over the country and is known for his constant smile and happiness. He is known best for his popular ‘brotherichards’ Instagram/Facebook accounts and his upbeat CDs at Deseret Book. And if you love his friend Hank Smith, you’ll love him, too!

Some random facts: He can clap with one hand. He’s a bit nerdy, getting a 32 on his A.C.T. He’s part White and part Polynesian, with a little Native American and Black thrown in. He’s left-handed. He eats chocolate every day. Some say that his excitement for the gospel reminds them of Olaf from Frozen. He’s an only child; his mom is an only child, and his grandma was an only child, so…his family reunions are pretty small.

Most of all, he loves teaching and being with valiant Latter-Day Saints.