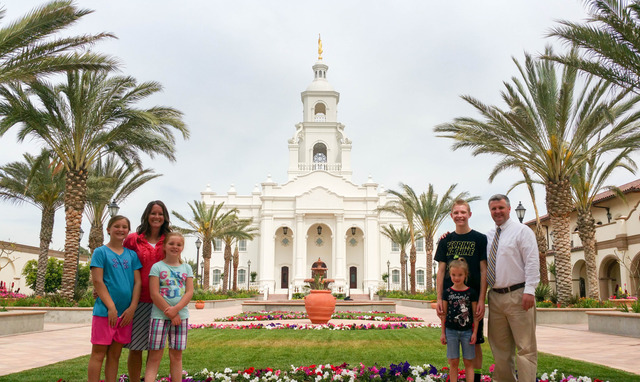 How and Why One Couple Attended 75 Temples in 75 Months

In September 2016, Rhett and Jolene Ogden got up early one morning and flew to Indianapolis, Indiana.

Upon arrival, the Ogdens drove to a shopping mall parking lot and slept in their rental car while it rained. When the Indianapolis Indiana LDS Temple opened, the couple participated in one endowment session. A few hours later, they picked up lunch at a Panda Express and returned to the airport where they boarded a flight for Utah, arriving home less than 24 hours after they departed.

Not every trip to the temple was like that, the Ogdens agreed, but it was memorable just the same — just like the other 74 temple trips.

From January 2012 to March 2018 — a streak of more than six years — the middle-aged couple with four children has pursued the goal of attending a different LDS temple each month. Traveling from New Zealand to Switzerland, they never missed a month until a recent decision that it was finally time to end the streak. The run ended at the newly dedicated Cedar City Utah Temple.