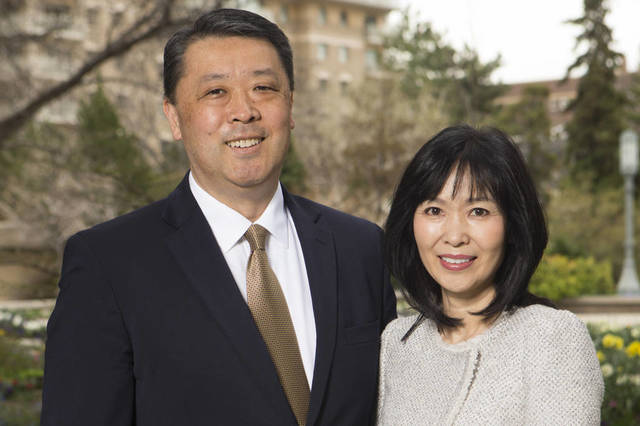 Elder Wada was born in Nagano, Japan, on Feb. 5, 1965, to Kenzo and Kazuko Wada. At age 15, he met an American missionary asking for directions to the local postal office.

Takashi had been warned by his father to avoid Mormons, who had been visiting with people on the streets of Nagano, just three minutes from their home. But Takashi was impressed with the American elder’s Japanese.

A few days later, another LDS missionary stopped Takashi. This missionary had not been in Japan long. Unlike the first missionary, this elder did not speak with fluency. In broken Japanese, he tried to share the story of Joseph Smith.

Takashi said he did not understand everything, “but I felt that I should listen.”