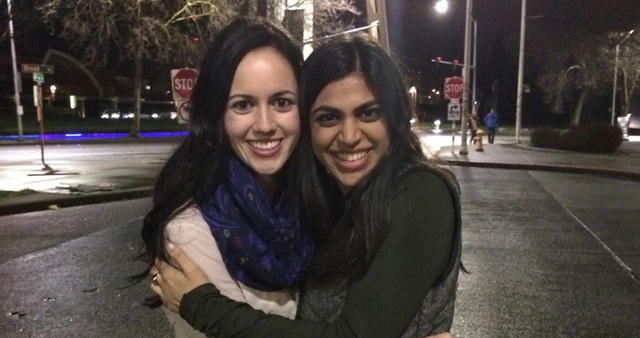 Latter-day Saint Caitlin McKinnon has come to learn firsthand how Mormons, Muslims, and people of all faiths can allow their beliefs to pull them together instead of apart.

Growing up in Idaho and attending college in Utah, I did not meet a Muslim until I was 24-years-old and had moved to New York City for graduate school.

The first friend I met at graduate school is Muslim. We met at admitted student day during April 2015 and exchanged phone numbers to keep in contact until school started in September 2015. Our school had organized a scenic cruise where students could meet and mingle while boating around Manhattan, seeing the iconic sights and drinking alcoholic beverages.

Misbah, the girl with whom I had exchanged numbers, texted me to ask if I was going on the cruise. I replied that due to my religious beliefs, I do not drink alcohol and therefore thought that it might be too awkward for me to go on a cruise where most of the others on board would be drinking. Misbah told me that she too does not drink due to religious beliefs and that we should be each other’s sober companions. Thus, we had our own serendipitous moment on the scenic cruise during our first week in Manhattan.

Lead image from The Odyssey Online.

Read the rest of this story at http://theodysseyonline.com/