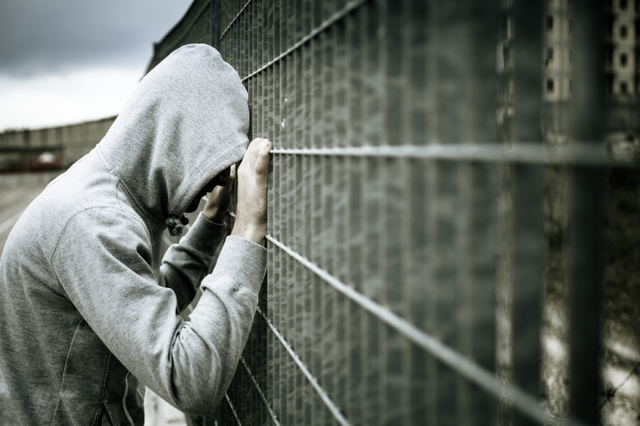 How a Piece of Trash Led to My Conversion in Prison

While in prison, I did a lot of soul searching. But it wasn't until I stumbled upon a piece of trash that I began to find the answers I was looking for.

I was in prison for 10 years. During that time, I went through a lot of changes.

When I first got “in,” I was angry at everyone and everything. But after no one came to visit me, I finally realized I was the problem.

I swore I would never become one of those “prison Bible thumpers” who are saved in prison, only to have the Bible go in the trash the minute they walk out the door. I did end up doing some serious soul searching, though.

I studied Buddhism. I read the Koran. I went to Catholic services, Seventh Day Advents services, Native American services, and on and on. Nothing felt right. So once, after I was put in solitary confinement, I read the whole Bible—I had nothing else to do—and I wanted more.

Then one day, I found a magazine in the trash. It was called Ensign. It had a large picture of Jesus on it, and the whole magazine was about Christ. I fell in love with it, so I went looking for members of The Church of Jesus Christ of Latter-day Saints. I asked around, and someone told me, “Yeah, they are the Mormons.”

► You'll also like: A Mormon in Prison: How I Found Freedom Behind Bars

Finding Mormons in prison was not an easy task. But finally, a fellow inmate told me there was one who worked in the prison library. Ironically, it was a guy I couldn't stand, and he couldn't stand me. But I put my personal feelings aside and walked up to him anyway. He looked at me and said in a not-so-nice way, "What do you want?" I showed him the Ensign and told him I wanted to learn about it. He looked at me and said “Are you serious? You’d better not be messing with me.”

When he saw that I was serious, his entire demeanor changed in an instant. He smiled and said, “I would love to. Come with me.”

He took a copy of the Book of Mormon off the shelf and began to tell me about it. He also gave me the address to Correctional Services in Salt Lake City.

Over the years, I wrote to them about topics that were on my mind and heart. One day, I requested a Bible study from them, and what I got was a home seminary study guide to the Book of Mormon.

As my interest in the gospel increased, I began seeking out other Church members in prison. When I did find them and asked them about their faith, they all had the same look on their face—a look of loss, longing, pain, and a general “Man, I screwed up.” I wanted whatever it was that had caused them to feel this way. It had to be good. It had to be great. It had to be real.

The Book of Mormon didn't change me at first, but it always seemed to be there in hard times. And trust me, there were a lot of hard times in prison. The turning point for me was when I almost died in prison from pneumonia. I had gotten to the point where I knew I was going to die, so I made my peace with God. I told him, “Hey, there are things I want to do in this world—amends I need to make, people who I hurt that I need to apologize to. But, God, if you are going to take me, I accept that.” Finally, I was at peace—and I have been ever since, thanks to the gospel of Jesus Christ.

The Book of Mormon has changed me in so many ways.

There were times in prison when my sorrows were so strong because of my guilt for the things I had done in this life that I wanted God to destroy my soul (much like Alma in Alma 36:12 & 15, which really spoke to me). But the gospel made me want to be a better person. I wanted to give back. I wanted to make amends. My parents, who strongly dislike organized religion, have even supported me as I continue to work toward baptism because of the changes they have seen in me. 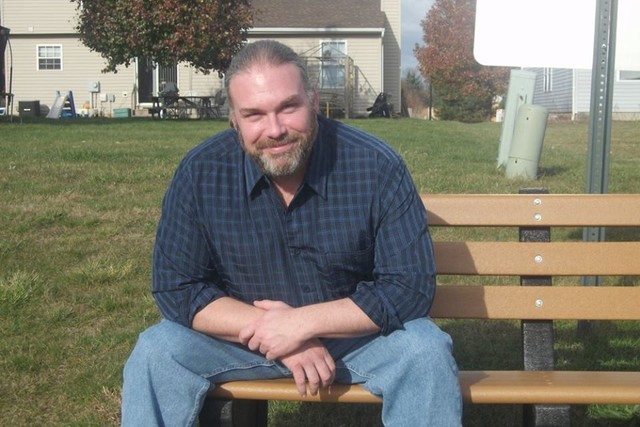 When I was first released from prison, I wanted to find a hole and crawl in it. Lay low, go to church, pay taxes, and get a job—normal things. But instead, I choose to be exposed, helping others through my service and my testimony. Once I even gave away seven copies of the Book of Mormon at a halfway house in just one hour.

Even though things are still hard, I love my life now because I know about the Atonement and God’s plan for me. And though my journey with the gospel is not yet complete, I want to inspire others along the way. I hope my story has inspired you.