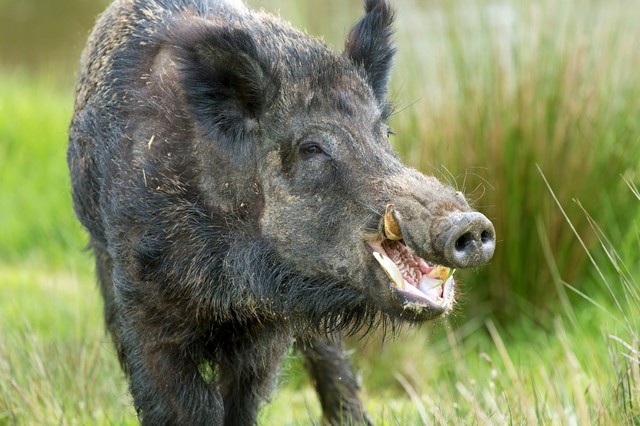 Read this surprising account of how wrestling wild boars and 8 to 12-foot alligators lead to an atheist's conversion to the gospel.

Growing up in my early life I always believed in God. When I was eight years old I was baptized into the Church of Jesus Christ of Latter-Day Saints. I loved church. I loved the feelings that I felt there and the friends that I made. When I was 10 years old, I moved to a large cattle ranch near Orlando, Florida (Deseret Ranch). It was there that learned how to hunt wild hogs. These were not the normal little pink pigs everyone thinks of, these pigs had a thick black coat of hair, they had tusks that they always kept sharp, razor sharp teeth, and they are not afraid to fight anything in their path. They are commonly known as Florida feral hogs or boars.

Most people thought we were crazy when we hunted these dangerous feral hogs. We rarely used a gun, and we rarely killed the pigs. We would usually catch them with our bare hands and our trusted dogs and then sell them alive to our ranch manager who in turn sold them to nearby ranchers who later released them for hunting purposes on private lands.

It was a dangerous yet fun activity during my teen years. However, many times I witnessed my friends being rushed to the hospital after being attacked by these wild hogs. I knew it was a risk for my own life.

But it was this risk that later saved my spiritual life.

When I turned 13, I stopped attending church anymore. I thought it was long and boring. I thought it would be better if I could just go fishing or even go catch the vicious wild pigs. Eventually I stopped reading my scriptures and then I even stopped praying.