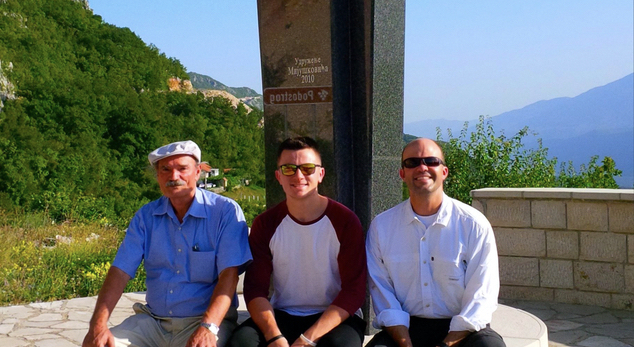 In this week's episode of  This Is the Gospel, Jeff says he only knew three things about his grandfather George growing up. One, he was born in the former Yugoslavia in a country that is now called Montenegro. Two, George was raised in Worland, Wyoming. Three, he had changed his last name from Mijušković to Marks. That was all. Any other attempt to get any information regarding family history from his grandfather led to a command to, "Shish." But after a chance encounter on a humanitarian aid trip to Haiti, Jeff slowly began finding breadcrumbs that led to his Mijušković line. And so after a killer deal on airfare, Jeff found himself in his family's homeland armed with a letter written in Montenegrin and an unquenchable desire to discover his own family history.

An adapted excerpt from the story is below. Listen to the full episode here or read the full transcript here.

The next day I started going around to the government offices in Podgorica [Montenegro], in the capital city. And I ran into this guy named Gordon Stojovic, who was a ministry official. He invited me into his office, I gave him the letter and he read the letter, but didn't read it all the way. He kind of just read a few of the words and then asked me if I wanted to go and look around the town. And we went from coffee shop to coffee shop, while he smoked cigars the whole time and telling me all about his beautiful country and the architecture and everything about this place.

And it was really fun to just kind of hang out with him and to see the city. But I was kind of on a time crunch, and I really needed to find out stuff about my family. So at the end of the day, I said to him, "Gordon, I really love this and thank you so much for inviting me and showing me around your town, but I'm really looking for something to do with my family here. If there's any kind of help you can give me?" And he goes, "What you look for is miracle." I said, "That's exactly what I'm looking for!" And he said, "Well, the Serbian Orthodox Monastery of Ostrog is the most frequently visited pilgrimage site in the Balkans. Miracles come to those who visit the upper level."

So I thought, "Well, that's exactly what I need to do then. I need to go to this monastery. I need to go to the upper level, maybe my whole family will be waiting for me or there will be open books. It'll all be ready for me and I'll have my entire family history right there and this will be amazing."

So I took a big long journey the next day up to this monastery and driving up this road was crazy. If you Google this monastery, it's one of the most beautiful monasteries you've ever seen. But the road that goes up to it is this crazy, long, windy road, that takes quite a bit of time to get there. There's no railings on the side, the road is cut through the mountain. It's quite a journey.

And so I finally get up to the top of this road and get to the monastery, and again, it was almost breathtaking the way that it's carved out of the mountain. I know when we see our temples, we have that same kind of feeling of awe and beauty, and that's what this felt like to me. 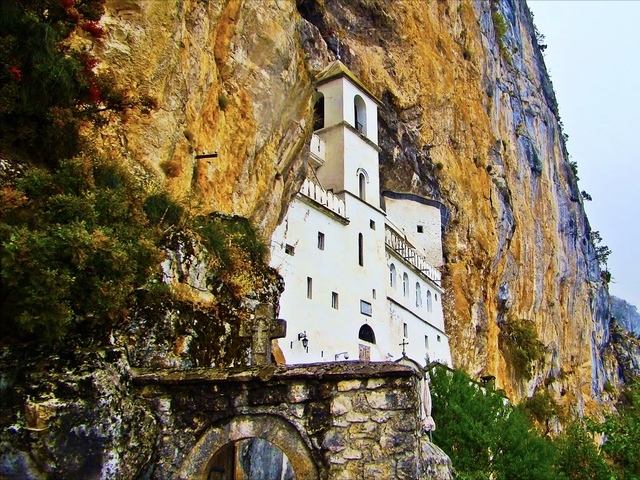 And so I went up there, I knew that I had to get to the highest point of this middle tower, and there wasn't anything there other than there was a candelabra and a couple of photos of Christ on the wall. And that was it. And I thought, "Well, that was not exactly what I was looking for here."

But looking out the window from this perch I prayed. And I prayed hard to see if maybe this miracle could really come that I could find something out about my family.

And after about an hour or so it just didn't happen. Nobody came in. Nobody talked to me. I didn't see anybody. I didn't see anything else that would indicate anything about my family. So again, once again, discouraged, I went down and got in the car and went to a little coffee shop kind of at the base of the main windy road there in a town called Povija.

And I went into this coffee shop and from the coffee shop, there were three roads that kind of branched out from this coffee shop. One that went up to the Ostrog Monastery, one that went back down to the capital city of Podgorica from whence I came, and then there was another road that went around the back and kind of up – just randomly up the mountain. And it was kind of more of a dirt road, a smaller road. And there was obviously nothing up there.

But, for some reason, I decided to go ahead and travel that road. So I drove around the backside of this coffee shop and started going up this dirt road, not knowing where it was going to go. And then it branched off, there was kind of more of a main road, and then even a smaller dirt road off to the left. And of course I went off to the left.

So I started driving up the smaller dirt road until I run into a guy just standing there in the middle of the road.

And he looked ironically, a little bit like me. He was a little bit bigger guy, he didn't have any hair on his head, he was wearing a big, puffy, blue parka. But there was nothing around. There was no car, no bicycle, no motorcycle, I don't know how he even got there. There was no homes, no telephone wires, it just looked a little strange having him just standing out there in the middle of the road.

I got out of the car, I smiled at him, I handed him a letter. And he read it and did the exact same thing. He turned and grabbed the phone out of his pocket and started calling somebody and reading the letter to them. Halfway through the letter, he points to the letter and says "Mijušković?" And then he pointed to me and said "Mijušković?"