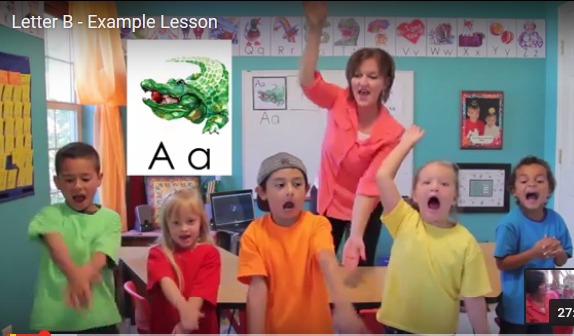 Ten years ago, Melanie Herrmann had an idea that would be crazy to say out loud at the time.

"I want the whole world to learn how to read," she says.

Through prayer and a lot of sleepless nights, Herrmann created a three-phase reading program that incorporates the "universal language of movement and music."

As a kindergarten and English as a Second Language, or ESL, teacher, Herrmann said she noticed it movement and music are particularly helpful for children in her classes who did not speak English.

Excited about her success, she wrote to President Obama and Richard Paul Evans, trying to get the program to take off.

Then the idea hit her in November of 2015 to make her program into an app. It was an idea she resisted at first.

"I was anti-iPad and iPhones for young children," she says.

But Herrmann realized an app could be the best way to reach people all over the world. With her app, anyone could learn how to read English at any time as well.

As she was working out the kinks, Herrmann attended the general conference women's session last March. Sister Burton gave her talk and asked the women of the Church to pray to know what to do to help refugees. Herrmann was inspired to know what she had to do.

Realizing the app could also be used to help refugees, Herrmann began a Kick Starter for her ABCs and All of Me Early Reading App Series.

Though she says she worries about reaching her funding goals for the app, Herrmann says this is something she has to do to go toward her dream that started 10 years ago.

"All I can say is this is my passion, my dream, my hope so I just move forward," she says.

If your ward or stake is interested in classes for refugees, email Melanie Herrmann at melanie@allofmeliteracy.com.

Mormon Life RefugeeRefugee,Mormon Life
Comments and feedback can be sent to feedback@ldsliving.com