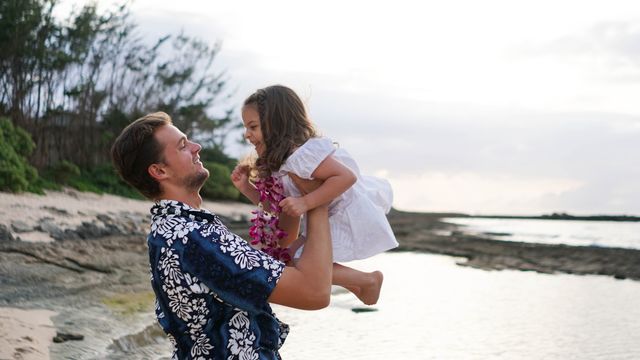 On April 17, 2018, August Carlson made his way down the escalator of the Northwest Arkansas Regional Airport in Bentonville, Arkansas.

Each week, missionaries return home from their missions to airports around the world. You can spot them by their white shirts and tags but also by the anxious families waiting to greet them. In most cases, their moms get to the missionary first, and there is no doubt August’s mom, Kristal, imagined the moment she would be reunited with her son. But in the case of August Carlson, the moment he stepped off the escalator, a little girl in a pink t-shirt began to run toward her big brother. 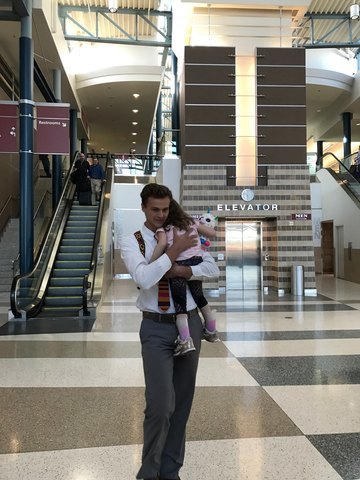 “We didn’t know how she would react but she just ran right up to him and yelled his name,” Kristal said. “I was willing to give up my first hug to Eden.”

Her run may have caught the eyes of passersby as her little knees lifted up and her feet kicked in the air but for the Carlson family, it was a moment they could’ve only dreamed of when August left for his mission two years earlier. 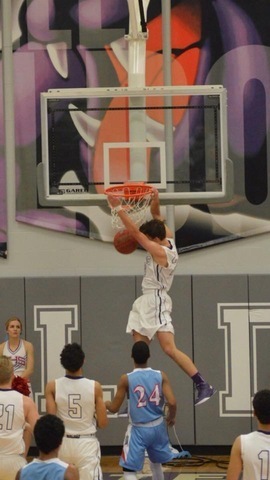 August Carlson’s future seemed pretty clearly mapped out when he woke up the morning of Feb. 29, 2016. He would go to meet his basketball team later that afternoon to watch game film in advance of their state tournament that weekend. And six weeks later, he would leave to serve a full-time mission in Sierra Leone, Africa. The 6-foot-5-inch shooting guard then planned to return home and walk on a collegiate basketball team.

But sitting in a classroom with his basketball team, August’s life plan suddenly seemed unimportant when he received a message. His 2-year-old sister, Eden, had been found in their family’s pool. It is estimated that Eden was underwater for approximately 15 minutes prior to being discovered. She was immediately taken to Washington Regional Medical Center in Fayetteville, Arkansas. The Carlson’s bishop took August and his younger brother to the hospital and after nearly two hours of resuscitation efforts, the boys’ father came out to tell them that Eden’s little heart had begun beating again. It was the fulfillment of two priesthood blessings, one she received from a neighbor just before the ambulance carried her away that simply said, “I bless you that the medical personnel will be able to bring you back to life” and another from her father in the hospital that reiterated the same message.

August Carlson's story of faith and missionary service was featured on Spirit 52.

Elder Michael Beheshti, an interventional radiologist and Church area seventy, told the Deseret News in 2017, that multiple aspects of Eden’s story demonstrate the veracity of a living God. He says it is remarkable that the ER physician continued the resuscitation into the 90th minute and that after that long without blood flow, she wasn’t brain dead. But as a Latter-day Saint, Elder Beheshti believes faith can defy even his medical training.

From the moment he heard of the blessings Eden had been given, Elder Beheshti had “a remarkably calm feeling” that she would wake up. “Which, you have to understand, is so contradictory to all medical understanding.”

Eden was life-flighted to another hospital and was miraculously hanging onto life, but the Carlsons were told that their daughter would most likely remain in a vegetative state for the rest of her life and when they brought her home from the hospital five weeks after her accident, the prognosis seemed to be accurate. Their formerly active, engaged little girl could no longer track objects with her eyes, she had a feeding tube and was severely posturing her body.

After bringing Eden home, the couple felt prompted to contact Dr. Paul Harch, a physician at Louisiana State University, who recommended that Eden receive 100 percent normobaric oxygen twice a day for 45 minutes through her nose. The oxygen led to small improvements, and little by little, the Carlson’s baby began to come back to them. Eden began smiling and laughing again. She could say about 10 words and began to hold her head up. 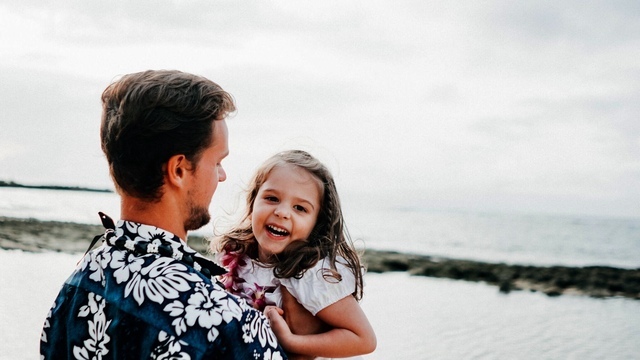 A Time to Serve

Meanwhile, it was time for August Carlson to leave for a foreign country over 5,000 miles away. August says there were moments where he questioned whether or not he should serve, but he couldn’t deny what he felt in his heart.

His family struggled with feeling that they had been cheated out of their final weeks to enjoy August before his mission with their attention focused on Eden. But his parents ultimately entrusted August to the same God who had preserved Eden’s life, the God the people in Sierra Leone call “Daddy God.” 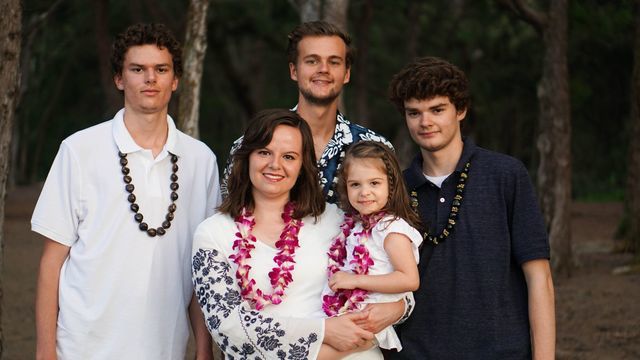 His family felt the blessings of his service as Eden made a truly remarkable recovery, a recovery notable enough to warrant a published medical study, as well as articles about Eden and media appearances for the family.

In Sierra Leone, August thought about Eden and his family every night, and emails each week telling of Eden’s progress motivated the young missionary to work harder. His mission president’s wife, Toi Clawson, says she felt Eden’s accident made August’s mission more meaningful.

“I asked him a few times how he felt, hearing that his family was on Science Friday for NPR or going to New York City,” Sister Clawson said. “I think he could feel that his parents were being blessed to offer help (and hope) to other parents of drowning victims.” 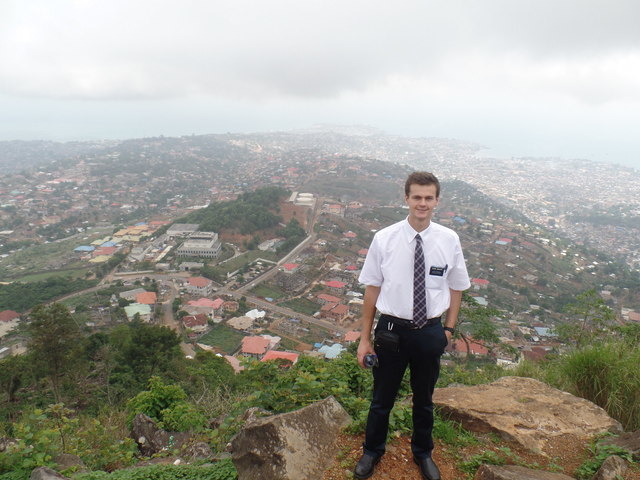 In retrospect, the Carlsons are able to see that they were the witnesses of many miracles, beginning with the fact that the pool heater was broken when Eden entered the water on that chilly February morning.

“The pool guy wouldn’t return my phone calls and I was a little ticked off,” Kristal said. “But the cold water is probably what saved her. Cold water drownings are easier to recover from than warm water drownings and the cold actually slowed the damage down and even though her damage was significant, the coldness was able to preserve her organs and her brain more so than if the water had been 80 degrees.”

The neighbor they called to ask for a priesthood blessing just happened to be home in the middle of the day, just five minutes away and was able to come immediately to the Carlson home.

August also experienced something that changed his trajectory. Up until Eden’s accident, his dreams revolved around basketball, but during his sister’s hospital stay, August was staying with a friend who invited him to come to track practice. August caught the coach’s eye and was invited to try the high jump for the first time in his life. Five weeks later, he won the state championship in the event, just days before leaving on his mission. This month, August began his first semester at BYU, where he will compete in the high jump. 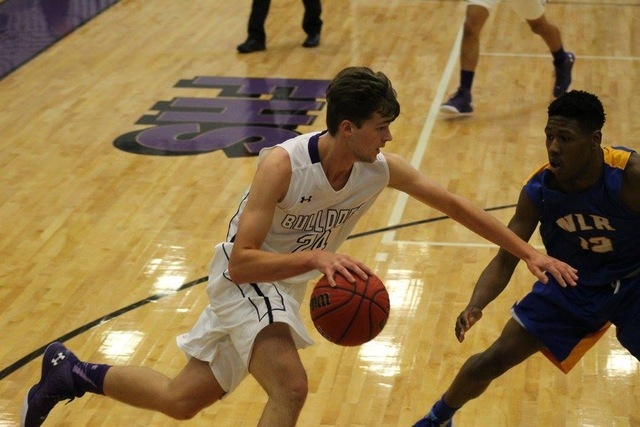 As a senior in high school, basketball seemed like August Carlson’s whole world but he realized that his family mattered “more than basketball.” 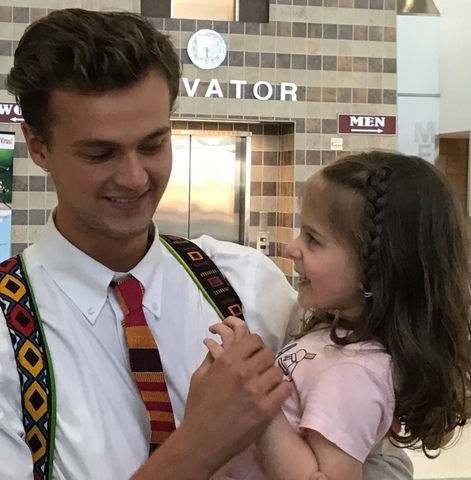 “For me, I love basketball but all around, it’s just a game. It’s a game that teaches me lessons but it’s not as important as another human being,” he says. “Basketball is just a game but a human soul is a human soul. It’s the most important thing that is on this earth.”

At the time of Eden’s accident, it seemed the Carlsons’ world was falling apart but to others who may be feeling that way they offer a simple message: “No matter how bad something is there’s always hope. . . .  There can always be hope as long as you believe and put your faith in Christ.”

For a more in-depth look at Eden’s recovery, read this story from the Deseret News.

Photos courtesy of the Carlson family