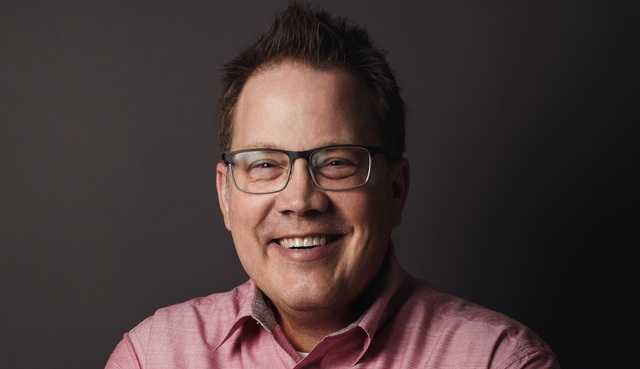 The Nashville Tribute Band’s Jason Deere is the son of two converts to The Church of Jesus Christ of Latter-day Saints. His father joined the Church after noticing something different about a man who had a desk across from him at Vance Air Force Base in Enid, Oklahoma. The man was a Latter-day Saint from Idaho named Gary Cox.

Deere recalls Cox telling him years later, "Your dad, you know this ex–quarterback from the University of Oklahoma who was like a football star and this fighter jockey. He was the last guy in the world I thought would ever listen to a word of the gospel." But Deere’s father did join the Church.

“It changed everything about him and provided every opportunity for our family to be a believing family,” Deere says, adding that six or seven years later, when Jason was young, his mother, who was a devout Southern Baptist, joined the Church as well.

But while he was raised primarily in a Latter-day Saint family, Deere says there was one moment as a teenager that he can point back to as a pivotal moment for his personal testimony of the gospel.

Read Deere's experience below or listen to him share it on this week's All In podcast by clicking here or listening in the player below. You can also read a full transcript of the episode here.

This excerpt has been edited for clarity.

Morgan Jones: Do you remember, Jason, when you first started to feel like you were gaining a testimony for yourself?

Jason Deere: I do. I can remember—you know, it's kind of a funny thing. I remember a [Latter-day Saint] bishop that I had when I was probably a sophomore in high school, or something like that, just coming up to me in the hallway at church and saying, "Hey, I noticed that there's something really different about you lately that just looks like you're really trying."

And it was significant to me because I was . . . reading the scriptures a lot at that time, and I was praying a lot trying to figure this out, partially because my grandparents who I loved so much were Southern Baptists, and they were trying their best to save me from the Mormons. And [they] shared with me whole libraries of literature and anti-Mormon stuff out of the goodness of their hearts. And so I definitely—at 13 or 14 years old—I was trying to figure out who this Joseph Smith guy was, and what was going on with all this. And so I was spending a lot of time in prayer, and it's just so funny what we can do in a young person's life just by saying something to them at church, and just by giving them a little encouragement. And that was a moment where I was like, man. . . . it just felt good to hear that—that I was doing something right. And then there was a spiritual confirmation with that. And it just kind of made me keep digging.

► You may also like: This version of ‘The Spirit of God’ filmed at the Kirtland Temple will likely give you chills

And there's no way, if it wasn't for the experience of my grandparents, and my best friend, and all these kinds of people coming down on this “crazy” church—then I never would have dug in and had the desire to learn [about] the whole miracle of the Restoration and the necessity of it and all, and have the testimony that I have today. So it was absolutely by opposition and by just sheer desire to know that, and [to] not just coast with somebody else's testimony, you know? We all have to do that in some way, or we're not gonna hang around.