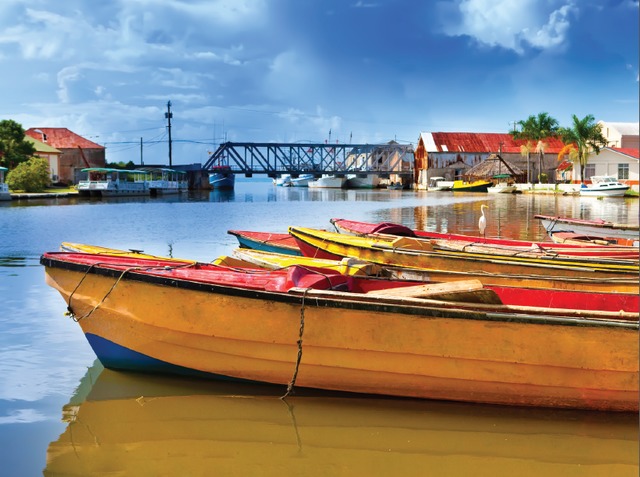 For several years, the membership of The Church of Jesus Christ of Latter-day Saints in Jamaica consisted of only three individuals: Victor E. Nugent, his wife, Verna, and their son, Peter.

In 1974, the Nugents became the first native Jamaican converts after Victor’s LDS co-worker, Paul Schmiel, introduced them to the gospel. Unfortunately, economic and political upheaval forced the small branch’s handful of American priesthood leaders and their families to depart from the Caribbean island in 1976, leaving the Nugents all alone in their new faith. The Florida Fort Lauderdale Mission was their closest LDS neighbor.

You might also like-->Elder Holland Organizes First Stake in Jamaica

Determined to remain faithful, the Nugents held church meetings in their home. Nugent didn’t hold the priesthood, so sacrament meeting wasn’t an option, but they could have classes similar to Sunday School, Relief Society, and Primary. They sang hymns, offered prayers, took turns giving talks, and even introduced the gospel to another family. 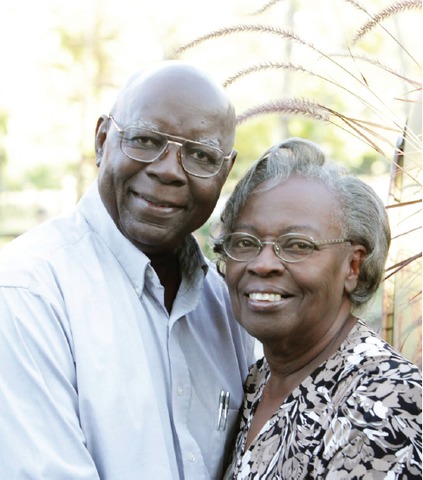 “It was a special time for us. We studied and learned,” Nugent remarked. “I think we learned more about the gospel during those two years than any other time in our lives.”

Nearly four decades later, the Nugents contrasted that sweet memory with witnessing the organization of Jamaica’s first stake. Elder Jeffrey R. Holland presided over the historic event that filled the chapel with more than 800 members on June 8, 2014.

Nugent’s wife, Verna, states that it was thrilling to “see the Church grow from just our family to over 5,700 members. When I saw the number of people there, the excitement, the Spirit was so strong. I knew they were ready, and the work would continue to grow and be very strong in Jamaica.”

A Temple Square in Jamaica

Matt Fowles served in the Jamaica Kingston Mission from 1994 to 1996. He was delighted to hear about the new stake.

“They have worked hard for it,” remarks Fowles, now an auto mechanic living with his family in Garland, Utah.

One of his most memorable missionary experiences happened during December 1995. Amos Chin, a local Church leader and the first native Jamaican missionary, proposed the idea of transforming the chapel into a visitors’ center with Christmas lights, decorations, and guided tours—just like Temple Square.

Chin spearheaded the project. He petitioned members for lights and even repaired old lights from Salt Lake City’s Temple Square. The missionaries pitched in, and everything was ready in time for the First Presidency Christmas Devotional.

The resulting crowds caused traffic jams, and bus routes had to be reconfigured. “Once we got it all together, it was absolutely beautiful. The grounds were packed each night. Those who came felt serenity and peace,” Fowles says. While their visitors’ center attracted large crowds, it didn’t immediately lead to convert baptisms. Fowles was initially discouraged, but with time he realized that good seeds had been planted. Nugent confirmed that fruit did come from their efforts.

“We [found] converts [through] that activity,” Nugent recalls. “There were so many misconceptions spread by other churches. Whenever we were able to get people to come in and see things for themselves, they liked what they saw.”

Today Wilson lives in Maryland and serves as a Sunday School teacher for the 14- and 15-year-olds. She was not able to attend the Kingston stake organization, but rejoiced at the news. She anticipates the Church will continue to grow and hopes for the day when Jamaica will have a temple.

“The people are still receptive. They are seeking for truth and they are finding it,” Wilson states. “Most of the pioneers of the Church have migrated, but our heart is still with the people and the work there. Whenever anything big happens in the Church there, we are there also.”

Check out the rest of this story and others in the July/August issue of LDS Living, available at Deseret Book stores and deseretbook.com

A Better Life Through the Gospel

Debbie Pearce Wilson always hoped for a better life. She was raised in Kingston by her grandmother during the 1960s and 1970s. Her best friend conceived her first child at age 13 and had three children by the time they were both 19.

“As I looked at my friend’s life, I realized I wanted something better for myself. I wanted a home and a family,” Wilson wrote. “I knew I had to leave the ghetto.”

She began investigating and attending different churches and eventually joined the LDS Church in 1984. Wilson was the fifth native sister missionary sent out from Jamaica. She served in the Utah Salt Lake City South Mission, where one of her highlights was teaching the gospel to former BYU basketball star Jeff Chatman. 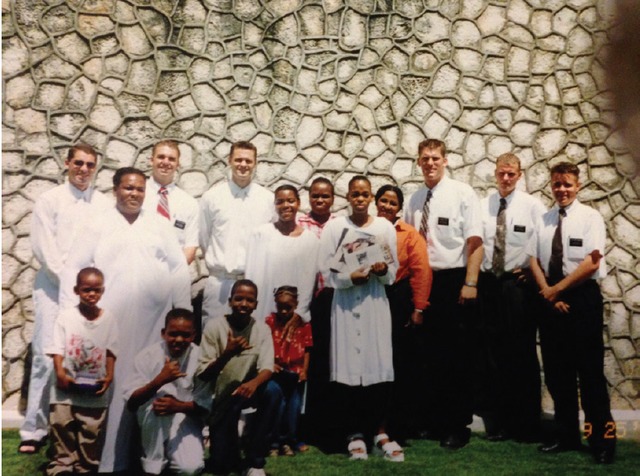 “Many of the girls I grew up with never left the ghetto. I could not have made it without following the desires of my heart and trusting in my Father above to lead me,” Wilson says. “I was blessed with the chance to leave the ghetto, be baptized a member of the Church, gain an education, and fulfill a mission in Utah. I know Heavenly Father loves us all and is mindful of our circumstances no matter where we are. He desires above all things our happiness.”

Today Wilson lives in Maryland and serves as a Sunday School teacher for the 14- and 15-year-olds. She was not able to attend the Kingston stake organization, but rejoiced at the news. She anticipates the Church will continue to grow and hopes for the day when Jamaica will have a temple.

“The people are still receptive. They are seeking for truth and they are finding it,” Wilson states. “Most of the pioneers of the Church have migrated, but our heart is still with the people and the work there. Whenever anything big happens in the Church there, we are there also.”