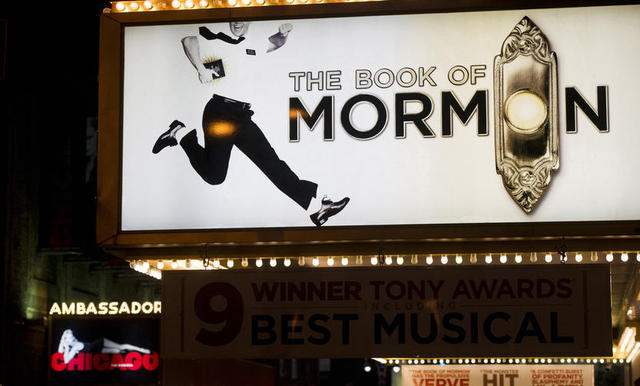 As a result of the Church's response to a musical that pokes fun at our beliefs, there have been some amazing conversion stories as well as some high praise from media outlets across the nation.

When The Book of Mormon musical opened on Broadway in 2011, The Church of Jesus Christ of Latter-day Saints issued the following statement:

“The production may attempt to entertain audiences for an evening, but the Book of Mormon as a volume of scripture will change people's lives forever by bringing them closer to Christ.”

► You'll also like: How The Book of Mormon Musical Ironically Led to One Man's Conversion to Mormonism

When the musical came to Los Angeles in 2012, the LDS Church bought ad space in the show’s playbill and similar ads later appeared in productions of The Book of Mormon musical throughout the country. The ads said things like, “The book is always better” and “You’ve seen the play, now read the book.” . . .

The LDS Church has been applauded by both public relations professionals and media outlets for its response to the production in the more than five years since its release. Just this month, INC.com highlighted the Mormon strategy as a model for how to respond when “someone is rude to you.”