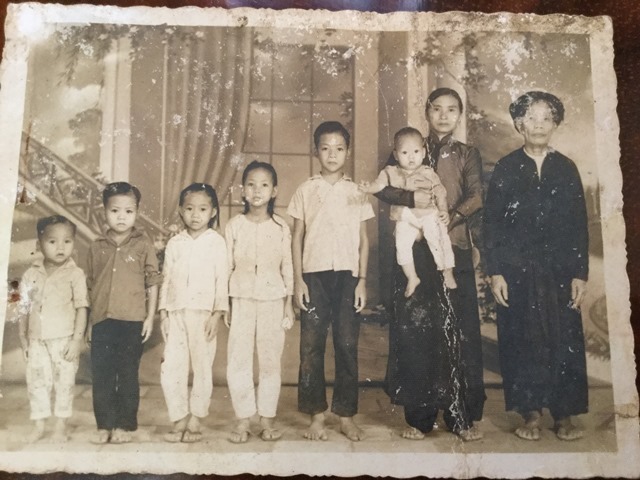 What would you do if your family situation was abusive? As an 11-year-old living in Vietnam, Don Skanchy made the decision to run away. He had no idea that that single decision would lead him a half a world away and back or if he would ever see his family again.

Born in 1953 in a small village in North Vietnam to Duong Van Khoat and Nguyen Thi Nhat, Don Skanchy’s childhood seemed anything but loving. Don, the oldest child in his family, grew up poor, living with a grandmother, his father, mother, and six children. 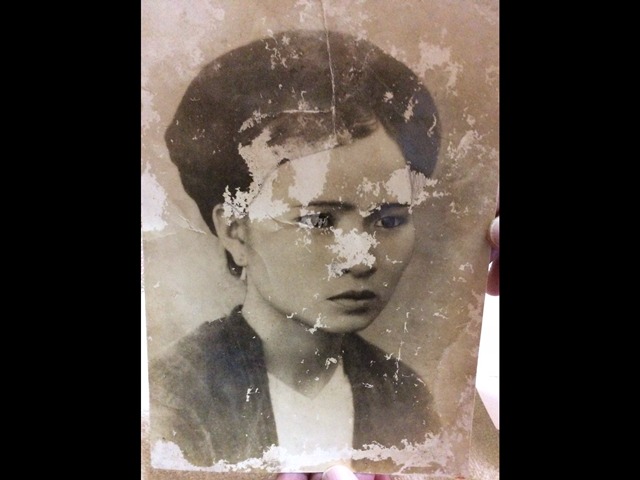 His grandmother he describes as unkind (following Vietnamese tradition, she lived with her oldest son’s family as the ruling authority and was given the first and best of everything) and his father would frequently become violent when drinking. It was this abusiveness that eventually led Don to leave home. He remembers the “straw that broke the camel’s back” was when his sister asked who in the family Don loved the most. Trying to please his father, he said he loved his father best. His father’s response, however, was four powerful slaps across Don’s face and a harsh command for his son to always love his grandmother the best. Don recalls, “I had been beaten many times in the past and some of the beatings were quite severe, to the point that I could not get out of bed for many days. However, this event was different. It lingered in my mind longer than it should and it caused me to think of many things, such as family and love or lack of it. A few days later it was early in the morning when I was woken up by a voice in my head and in my heart telling me, ‘It’s time to go.’”

And go was exactly what he did. The 11-year-old walked to town, caught a bus, and ended up in Saigon. There he lived on the streets for several months, begging for his food, trying to ward off the cold and rain, and sometimes waking up to rats chewing on his fingers, toes, or ears. Eventually, he was caught by a policeman, and after spending a few days in jail while authorities waited for someone to claim him, he was sent to a boys’ orphanage, where he lived from 1964 to 1968.

It was while in the orphanage that Don met his future father, Robert K. Skanchy. It was the greatest dream of the Vietnamese orphans to be adopted by an American family, and Skanchy was an American serviceman working for the CIA during the Vietnam War. Skanchy, a Latter-day Saint and a bachelor at the time, had decided to adopt a couple of Vietnamese children and visited the orphanage where Don was living. Skanchy was immediately drawn to the boy and asked Don through an interpreter to come and speak with him. Don, who was reluctant to leave a game that he had finally been invited to play, was told through an interpreter that Skanchy wanted to adopt him. “I was somewhat surprised and said ‘yes.’ I didn’t understand much at that point nor the importance of the event. I was more interested in getting the meeting over with so I could go back to my game.” 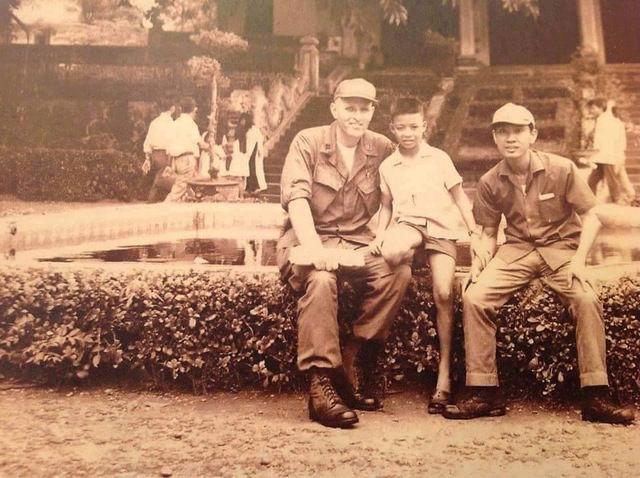 Don with his adopted Dad and their driver/translator

Don didn’t see his new father for three months after that. But Don recalls when he did return. “It was a confusing and exciting feeling. Me, adopted! When did that happen and why didn’t I remember it? As I approached this wonderful man, he gathered me into his arms and hugged me.” The teen’s fears were put at ease when he saw Skanchy’s gifts, including Don’s first bag of peanut M&Ms. From then on, Skanchy visited a few times a week, giving Don a small allowance and taking him out to eat. It was during this time that Don discovered he had a new sister—a little girl Robert had also adopted named Nancy. Robert began taking the children to Church at a branch in Saigon. Don remembers “It was very interesting because all the hymns were in English, so we couldn’t understand . . . we had a Vietnamese Sunday School teacher, but we were pretty young so we didn’t understand very much.”

Robert brought Don and Nancy back to the United States on February 28, 1968. A few months later, Robert married Ann Mobley, who gave up her career as a senior lawyer at NBC Corporation to become a full-time mom and wife, in the Logan Utah Temple. There were lots of adjustments the children had to make and things they had to learn, from how to speak English to how the refrigerator worked. But there were emotional adjustments to be made as well.

The day Don and Nancy were sealed to their new parents in the temple was a memorable one for Don. The children’s past experiences with a lack of love, combined with confusion caused by an ongoing language barrier, led the children to worry that they were unloved once again and were being abandoned in a new place. But despite those initial uncertainties, Don remembers the powerful moment when they were led into the sealing room.

“We went upstairs and saw our mom and dad kneeling at the altar and aunts and uncles and cousins and good friends. We didn’t know what this was all about—all we knew is that we got to see our mom and dad again and we got to kneel around the altar. That’s when we were sealed together as family. We didn’t understand the situation fully then. I remember I felt the love in the room was so strong. And that was a very special memory for me.” 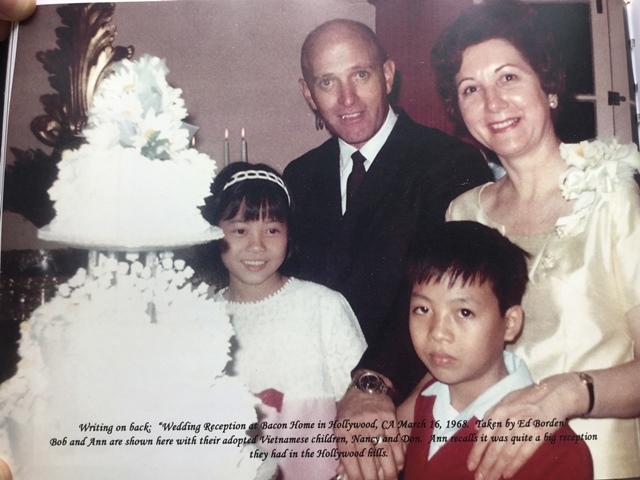 With parents that he now loved and that he knew loved him, Don decided never to tell his new family about the Vietnamese family he had left behind. He simply told them that he had been “lost.”

And though he never completely forgot his birth family, Don soon adjusted to life in America as a member of the Church, thanks to the devotion of his adopted parents.

“There was a learning curve and every day my parents would try to teach us, like when we sit around the dinner table. Mom would say things and we would repeat the words,” Don recalls, “so we learned word by word and every night we would have a family prayer. Mom and Dad took their turn and Nancy and I would say our prayer in Vietnamese. And then I remember so clearly my mom taught me how to say my first prayer in English. I remember that.”

One moment Don remembers with his adopted mom happened shortly after his adopted father was called back to Vietnam. He was missing his dad when his mother came out to where he was sitting next to a tree to comfort him. Doubting his mother’s love, he asked if she would still love him if his father didn't come home. “She pulled me to her and gently she said, ‘Son, I love you no matter what because you are my son.’ And that very moment . . . that’s when I gave my heart to my mother and I trusted her completely. I was so grateful knowing that no matter what she will always love me because I am her son.”

Don recalls about his adoptive father, “He was not only my father but he was my best friend, companion, playmate, confidante—he was everything to me. Because of him, because of his goodness, I am where I am today.”

Don't miss the next part of the story!