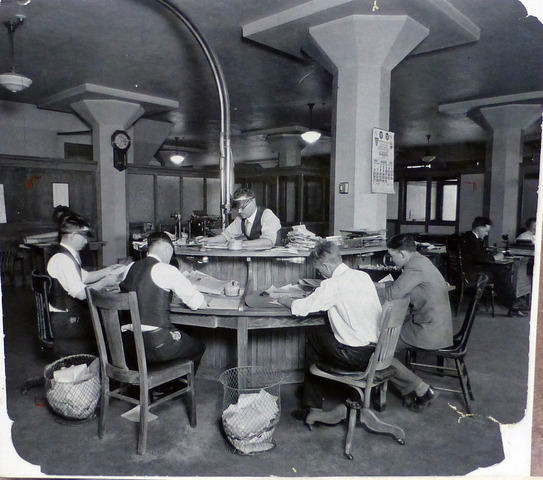 How the Deseret News Is Changing Faith in Journalism

Newspapers have always been an important part of Mormon heritage. From The Evening and Morning Star in Independence, Missouri, to Times and Seasons in Nauvoo, Illinois, the Saints have depended on newspapers to keep them informed of important matters. In fact, in the spring of 1847, the Quorum of the Twelve Apostles authorized William W.Phelps to “go east and procure a printing press” to be taken across the plains. In August of 1849, that used, hand-operated press arrived in the Salt Lake Valley with the Hogan Egan Company, and on June 15, 1850, the first issue of the Deseret News was cranked out—all eight pages of it.

Over the past century and a half, the Deseret News has continually served Church members despite hardships such as paper shortages and wars. But today, it faces perhaps its greatest challenge: the digital age. And it’s facing that challenge head-on by filling a valuable niche and addressing issues few news organizations do: those of family and faith.

Adapting to the Digital Age

“People are getting their content in a variety of ways,” explains Chris Lee, president of Deseret Digital Media. “People have access to the best of anything they want on the Internet. If somebody wants travel information, they aren’t going to turn to the travel section of a newspaper—they’re going to go to Trip Advisor or Travelocity, or other websites that are good at that one thing. The newspaper no longer has the monopoly of the attention of its audience.”

In other words, the days of newspapers providing a little bit of everything are long gone. So how could the Deseret News adapt to the digital age?

Clark Gilbert, president and CEO of the Deseret News Publishing Co. and Deseret Digital Media, explains, “The industry situation became a catalyst to ask the deeper questions: Who are we? What should we be? What can we be the best in the world at?”

To answer those questions, the Deseret News looked to nationwide research on people of faith: those who pray, volunteer, value their marriage, and are concerned about their children and about the moral state of the country. “We found that over two-thirds of Americans deeply value those characteristics, and yet, most news organizations don’t reflect that,” says Gilbert.

According to Paul Edwards, editor of the Deseret News, those findings led them to focus their content on six areas of editorial emphasis: family, faith (all faiths), values in the media, financial responsibility, excellence in education, and caring for the poor. “We want to be for family and faith issues what the Washington Post is for politics,” he says.

“One of the great roles journalism can have is to be a voice when there is no voice for an issue or an audience,” adds Gilbert. “Who’s the voice for the family? If journalism really did its job, the family would be one of the most covered topics in America today. These stories that are such a part of American life are being missed. There is a real role for the Deseret News to play—not just to our LDS audience but nationwide.”


Lee says the demand for values-based stories is evident online. “When these stories are published on deseretnews.com, they attract readers from all over the country,” he explains. “Those kinds of stories aren’t written specifically for the LDS audience, but for people called ‘like-minded believers.’ Many Americans fit into this category of people who want these kinds of topics but who aren’t satisfied with what’s available in the market right now.” He adds, “We want to help our audience interpret what’s happening in the world so they can have more confidence in living their beliefs so they can make a difference in their families and their communities. We are respectful of faith, but we are absolutely rigorous in the analysis and the work that we do.”

Deseretnews.com also provides lists, quizzes, and roundups focused on the six areas of emphasis, including news from around the world and links to related stories. “Shareable” content is also specifically produced for social media such as Facebook and Twitter.

“We want to continue to be a voice of values,” says Edwards. “The growth of digital has created the opportunity to share the voice we’ve had for 160 years all over the world. We want to bring that well-honed perspective and analysis that the Deseret News has always had, but we are looking to strengthen and improve and share it with a broader audience.”

The astounding success of the Deseret News immediately caught the attention of other newspapers from around the country. Gilbert, Edwards, and Lee are consistently being asked to speak at conferences to share their strategy. And last fall, the Deseret News hosted the American Press Institute conference in Salt Lake City, which included editors and publishers from major newspapers such as the San Francisco Chronicle, the Dallas Morning News, and the Boston Globe.

“They’re coming here to hear our story of innovation but also our story of voice and what resonates with the American people,” Gilbert explains. “So many of these newsrooms lack a faith perspective or a family orientation. And having the Deseret News weighed into that media dialogue as a strong voice—as a growing voice, but as a voice that’s grounded in faith and family—elevates that issue. That’s a part of our story that’s not even in our own journalism: raising that dialogue and making other media outlets aware that that’s an issue and that they need to be accountable for doing good work in that area.”

But the Deseret News isn’t just sharing their ideas with other publications. It’s sharing its content as well, through syndication.

“Because we’ve had success in stabilizing our business and growing our paper, we’ve also been able to get other news organizations to use us as a resource,” says Lee. “It’s given us a way to have our voice inserted into the national dialogue about some important topics, like immigration, for example.”

“The stories we’re writing resonate beyond our traditional audience,” says Gilbert. “We’re now in about 150 publications, with those stories going out every week all across the country. They value the rigor of our journalism. These are awardwinning pieces we’ve done on the family, on religious liberty, on moral conscience, and they’re reading them in other markets. We want people to come to the Deseret News, but if we can also raise the profile on these types of stories in other media outlets, we think that’s as important of a role as our own publication.”

The Deseret News is also finding ways to partner with other publications to create content together. The latest example? “Deseret News writers and editors are currently collaborating with the Atlantic, a venerable journal of contemporary thought, on a special report about the causes and consequences of the instability of American families,” says Edwards. “If successful, the articles contributing to this report would be jointly published in the Deseret News and on theatlantic.com.”

Family, faith, values in the media, financial responsibility, excellence in education, and caring for the poor—these are all values that can be traced back to our Mormon heritage. And it is the mission of the Deseret News to share those values with everyone.

“Why should the Church own a newspaper? There’s a very important reason,” says Lee. “We think it’s because the media has a great impact on people’s lives. By informing people, we can be a force for good.”

To learn how to subscribe to the Deseret News weekly national edition, visit deseretnews.com/subscribe or call 1-866-628-4677.

All photos courtesy of Deseret News.