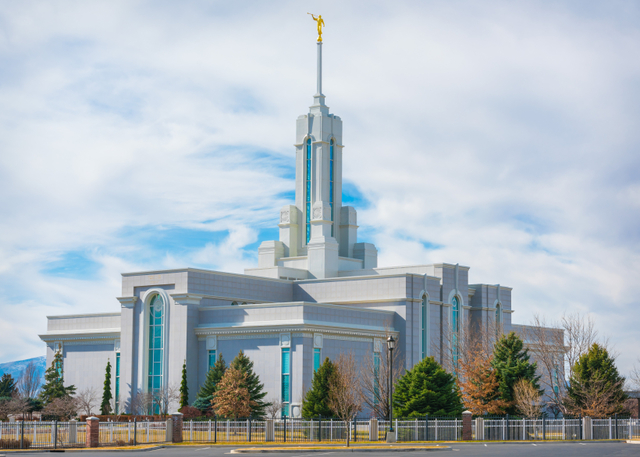 How to Help Your RM Adjust to Being Home 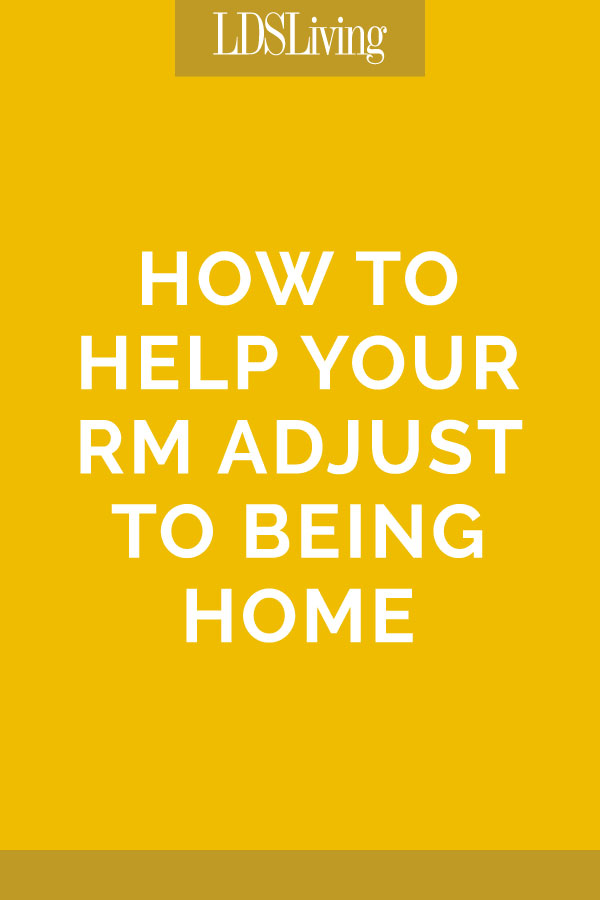 One moment a missionary is fully focused on the needs and concerns of investigators, new converts, and less-active members. They’ve worn a name tag and haven’t been without a companion for the last 18 or 24 months. Their life is so focused on inviting others to come unto Christ by helping them receive the restored gospel that they cannot imagine doing anything else.

The next moment they are sitting in front of the stake president, taking off the tag that has become a symbol of who they are. In the blink of an eye, they are no longer a full-time missionary; they are now a returned missionary.

For many missionaries, coming home is the hardest thing they’ve ever done. Some make a successful transition within a few days or weeks; for many others, the transition takes months. Some remain faithful, and others tragically drift away from the Church.

What makes the difference? What can they do to keep moving “onward, ever onward” and continue to experience the growth and joy they felt as a missionary?

Taking Off the Tag: A Transition Guide for Returned Missionaries

Though departing on a mission is a jarring transition, the one that takes place 18 months to 2 years later is likely to be even more significant. This valuable volume of advice comes from former mission president Clark Hinckley and his wife Kathleen.

To find answers to these questions, we asked the experts: returned missionaries who have made successful transitions and are moving forward in their lives, increasing their faith, and continuing to build the kingdom. But their transitions were not always easy.  “I just felt awkward,” was a common response.

“As a missionary,” one returned missionary said, “my focus was always on serving others—my companion, investigators, members, strangers in the street. Now it seemed all the focus was on me—my education, my financial well-being, my social life.”

Another expressed the common observation that no one at home understood the magnitude of their experience: “Everyone who knew and loved me wanted to spend time with me, hear about the mission, or pester me about who I would start dating. Though they had good intentions, I felt like they had no idea of the gravity of what had happened to me on the mission, so everything felt trivial and mundane.”

Though some of these returned missionaries have been home longer than others, they all agreed on a few temporal and spiritual practices that help make a successful transition from full-time  missionary to full-time Latter-day Saint:

For more tips and resources from this article, check out the July/August 2015 issue of LDS Living Magazine, available at Deseret Book and deseretbook.com.

Take a short break. “[Returned missionaries] haven’t had a day off in [up to] two years,” says LDS psychologist Wendy Ulrich. “Most of them need a week or two to enjoy a vacation.”

From Boise to Brazil, every mission in the Church requires nearly nonstop work from its elders and sisters. So when missionaries come home, it’s understandable that they might feel restless in moments of tranquility. That being said, a returned missionary need not feel guilty for indulging in a bit of well-deserved R&R—as long as it’s taken in moderation. If the break is too long, says Ulrich, “they’ll start to stagnate. It’s easier to transition if they quickly find something concrete to do.”

Make a plan. Every night before bed on a mission, a companionship meticulously plans their next day. Every week, that companionship holds a more in-depth planning session, which can often last up to three hours. Indeed, planning is at the very heart of effective missionary work—and that habit shouldn’t be left at the airport.

“Missionaries learn a lot about . . . making decisions, setting goals, and organizing time,” says Ulrich. “Now they need to bring those skills to . . . life!” Post-mission life is not to be haphazardly wandered through. Specific plans for education, employment, and future family responsibilities should be carefully strategized and vigorously followed through on.

Apply mission skills. The art of effective planning isn’t the only talent a missionary learns. Learning to constantly interact with strangers also has its benefits. “Missionaries [become adept at] connecting with people,” Ulrich says. Elders and sisters come home far more self-assured and motivated than many of their peers. Piles of formerly intimidating schoolwork seem to shrink when prioritized well, and once-terrifying job interviews can be approached with confidence.

Applying skills learned in the mission field enables returned missionaries to follow through on their plans with poise and success. 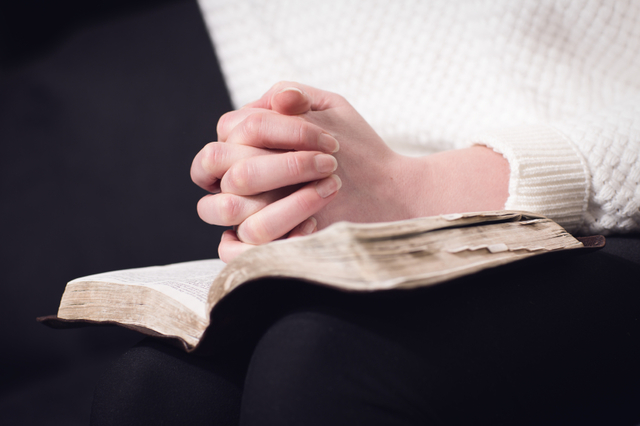 Pray regularly and frequently. Your missionary prayed frequently throughout each day of their mission. They prayed more often and fervently than ever before, and as a result, they probably experienced more miracles than ever before. Maintaining prayer habits developed as a missionary will help ensure that they will continue to see miracles in their lives.

Study the scriptures daily. Morning study for a missionary sets the tone for the day; following the same pattern of daily scripture study as a returned missionary will set the tone for the rest of their lives. While regularly studying all of the standard works is important, there is value in placing a particular emphasis on the Book of Mormon.

Have your former missionary make a personal commitment to read the entire Book of Mormon each year. Missionaries fully understand the great converting power of the Book of Mormon, and reading it consistently will increase the depth and power of your returned missionary’s own conversion.

Attend the temple regularly and frequently. One mission president told his returning missionaries that he would call them from time to time to ask a single question: “When was the last time you went to the temple?”

There are, of course, many other useful and important things returned missionaries can and should do to successfully transition to a new chapter in life. But these suggestions are the cornerstones. Perhaps the most encouraging news for returned missionaries is that the mission was not the best two years (or 18 months) of their lives—it was only the best so far!

As returned missionaries maintain and build upon the habits they developed as a missionary and add to that the focus and spiritual refinement that come from regular and frequent temple attendance, miracles will continue to flow. As Elder Jeffrey R. Holland said, “The best is yet to come!” 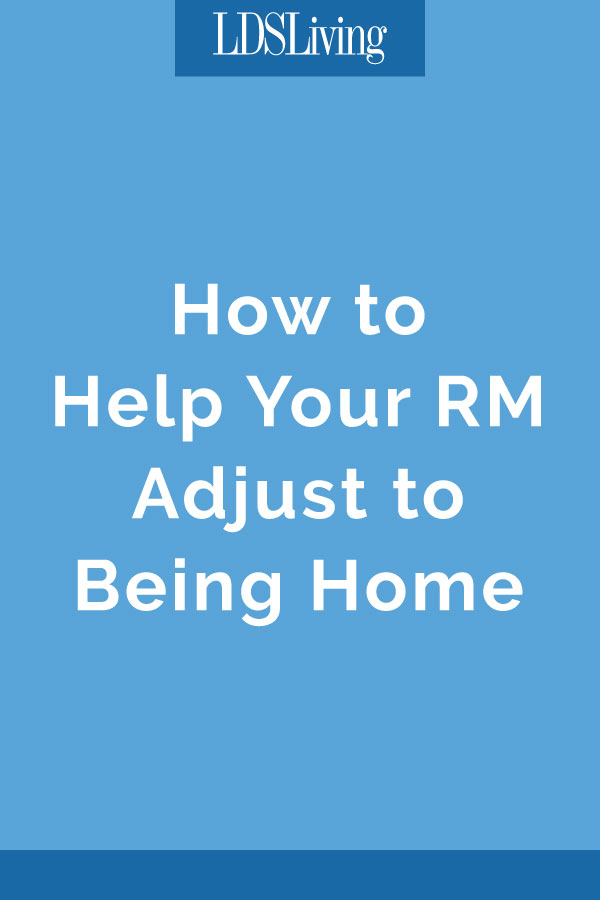