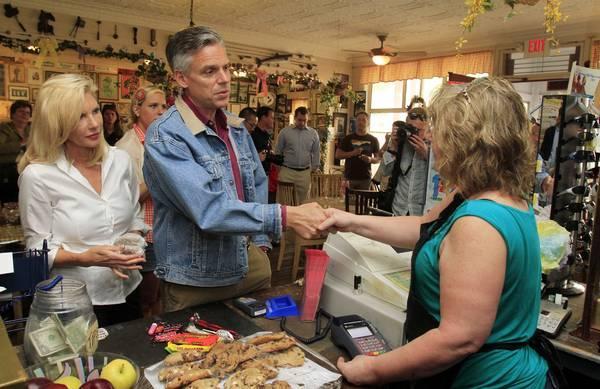 Politico reports that Huntsman, while examining rifles at Riley's Gun Shop in Hooksett, didn't miss a beat in jumping on the chance to jab at Romney for an awkward public relations moment from the 2008 presidential campaign.

"Asked what he hunted by Politico, Huntsman took only a second to reply. 'Oh … large varmints,' Huntsman said with a smile. It was a veiled swipe at Romney, who in 2008 struggled to explain his own relationship with hunting and guns — eventually acknowledging that his hunting was limited to '(small) varmints.' "