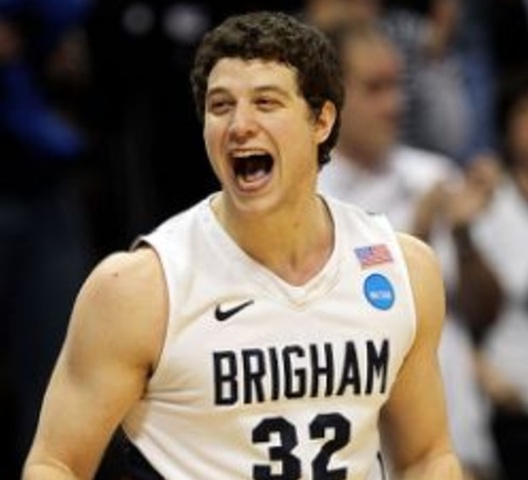 Jimmer Fredette Gets a Sports Shoe Named After Him

Fredette, who played last season with the Chinese Basketball Association’s Shanghai Sharks, received the MVP award for his team and has gained quite the fan base in China.

In fact, Fredette now has a signature shoe named after him, created by Chinese shoe brand 361.

Fredette's fame in China has been continually growing. In fact, he even received a call from renowned basketball player Yao Ming, who congratulated Fredette for breaking his record.  Averaging 40 points a game, Fredette set a new record for scoring over 30 points for the most consecutive games in the Chinese Basketball Association.

When he learned about his new record, Fredette apologized to Yao Ming, saying he wasn't intending to break records. He's just trying to play his best. "You don't want to focus on [records and glory]," Fredette said in a video with CGTN earlier this year. "You don't want to get happy and complacent. You want to make sure to work as hard as you can."

During the interview, the topic of Fredette's faith arose right alongside Fredette's sudden rise to stardom.

"There is a Mormon community here. So I have met a lot of people that have gone to BYU that have invited me over to their house," Fredette says.

In addition, Fredette has made an impact on the community by living his values and standing as an example.

"I always try to treat people with kindness and respect. That's what it's all about; that's how my parents raised me," he says. "Everbody is the same. No matter where you are, you are not better than anyone else. That's what life is all about; it's not just about basketball, it's about having fun and being a good person."

CGTN's reporter, blown away by Fredette's humility and kindness, remarks, "Well Jimmer Fredette, you are quite possibly the nicest man I have met in basketball."