Joseph Smith, Donny and Marie + Other Famous Latter-day Saints Who Appeared in DC and Marvel Comics

Imagine you're trying to kill some time before the midnight showing of the latest Avengers installment, so you and your friends decide to brush up on your superhero trivia by skimming through the classic comics you love just as much now as when you were 7 years old.

Could that be a coincidence? Excitedly, you snatch up other comic books, stumbling on more familiar names: Coriamtumr, the three Nephites, Dr. Deseret, Donny and Marie, Edward Lavell, Den Mother.

For Latter-day Saint comic book aficionados, this isn’t a surprising discovery. Comic culture is imbued with surprising, even quirky mentions of church culture. But why all the attention? 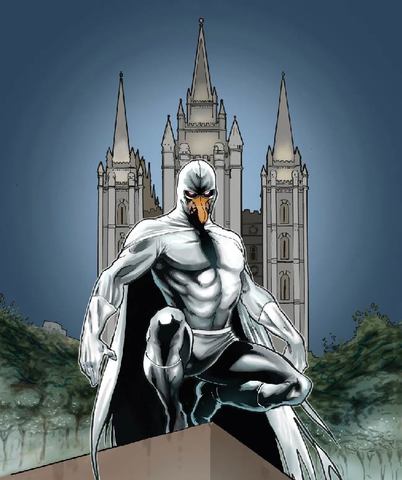 “Mormonism is a unique mix of ancient stuff and recent history. It’s a rich playground for artists,” says Eric W. Jepson, writer, editor, and self-proclaimed “Mormon-comics snob.” Not to mention society finds our focus on faith in a world that is getting increasingly irreligious fascinating.

“I think that there has been an interest in Mormons in comics before 2013, but with the kind of momentum the [Salt Lake] Comic-Con brought in 2013, that certainly moved it to the forefront,” says Trevor Alvord, a curator at the BYU library who is currently writing a book on how comics connect to Mormonism. “I do think there is interest in this, and it is picking up.”

Here’s a little more insight into characters with Latter-day Saint ties in the world of comics.

“Mormons have had a long and interesting history with comics,” Alvord says. From jokes about polygamy to a villainous Brigham Young portrayed in comic adaptions of the famous Sherlock Holmes plot “A Study in Scarlet,” many early references to Latter-day Saints in comics made church beliefs the butt-end of jokes while others glorified the rough-and-tumble life Latter-day Saints experienced in the Wild West.

But in more recent years, references to Latter-day Saint culture and beliefs have developed a complexity and richness never seen before. “In comics [featuring Latter-day Saints] we’ll find the gamut from polygamy jokes to richly realized characters,” Jepson says. “[But] we’ve arrived! It’s no longer a matter of ‘Ha ha! Mormons have long beards and lots of ugly wives!’ That still exists, but there are even more examples of people trying to be fair. And even if they get it wrong, I’m okay with that. They’re trying.”

Some of the subtle (and not so subtle) allusions to the Church in mainstream comics come as a result of the comic creator’s faith.

Superhero and reanimated corpse Madman, created by Church member Michael Allred, runs into a variety of Latter-day-Saint-themed characters in his adventures, from the three Nephites to a character named Mahana who turns into a herd of cows (talk about literally becoming an eight-cow wife!). On top of that, Madman spends much of his time ruminating on gospel-centric questions such as the pre-existence, spirit paradise and prison, the veil, and “heavenly parents who live in glory on the celestial planet Golob." 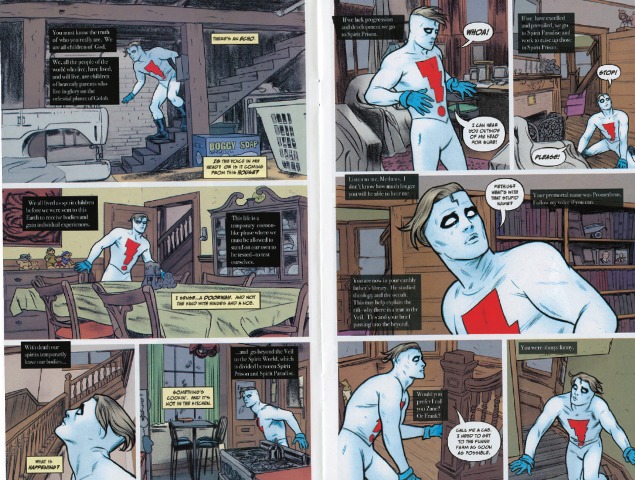 When asked why he incorporates so much of the gospel and Latter-day Saint culture into Madman, Allred says, “Just can’t help it really. It’s at the core of my upbringing and who I am.”

The Marvel adaptions of Glen A. Larson’s and Orson Scott Card’s sci-fi series and universes Battlestar Galactica and the Ender’s Game saga, respectively—similarly share hints of the Latter-day Saint theology that influenced their creators. Take, for instance, the moment a group of angels appears to the crew in Battlestar Galactica and paraphrases President Lorenzo Snow: “As you are, we once were. As we are, you may become.”

And then there is Captain Canuck—the Canadian superhero who has his own stamp, national TV series, maple syrup, and even an upcoming movie. Created by Latter-day Saints Richard Comely and Ron Leishman, this wholesome hero often prays for strength and guidance in difficult times and represents morals Latter-day Saints talk about in Sunday school. In fact, Captain Canuck was so virtuous that in the 1970s one Toronto vendor refused to carry these comics because they were too religious. 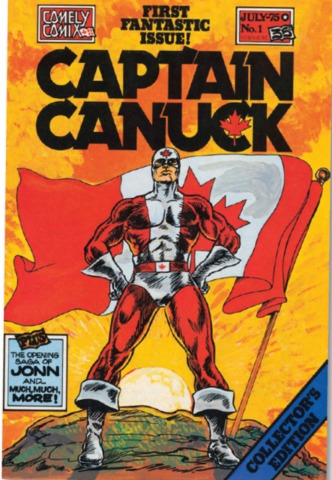 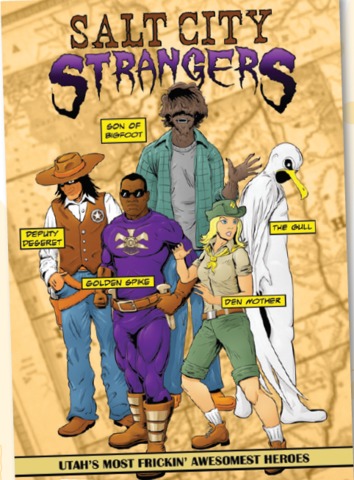 And while we are at it, Godzilla and the Italian comic protagonist Martin Mystère, who stars in a popular U.S. cartoon series, deserve honorable mentions. Though not Latter-day Saints, Godzilla did nearly destroy the Salt Lake Temple while on a rampage through Salt Lake City and Martin visited the Family History Library during one of his investigations into enigmatic and supernatural events.

Latter-day Saints have also helped shape the world of comic strips and online comics. Church member Floyd Gottfredson drew the Mickey Mouse comic strip for 45 years, turning this iconic mouse from a mischief-maker into a heroic character who represented good values. And Brian Crane regularly draws pictures of temples or the Ensign in his award-winning, syndicated comic strip, Pickles. In the world of online comics, Latter-day Saint themes are gaining traction with 30+ artists dedicating their work to demonstrating humorous aspects of church culture. Even in print you can find many wonderful series based on the Book of Mormon, Church history, or Latter-day Saint life. For example, Brittany Long Olsen recently turned her missionary journal into a graphic novel called Dendo, showing a glimpse into the life of a sister missionary in Japan. 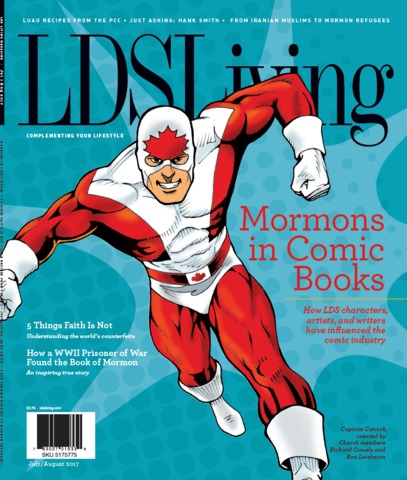 To learn more about how Latter-day Saints have influenced the world of comics, check out LDS Living's July/August 2017 issue. Available at Deseret Book stores or on deseretbook.com.