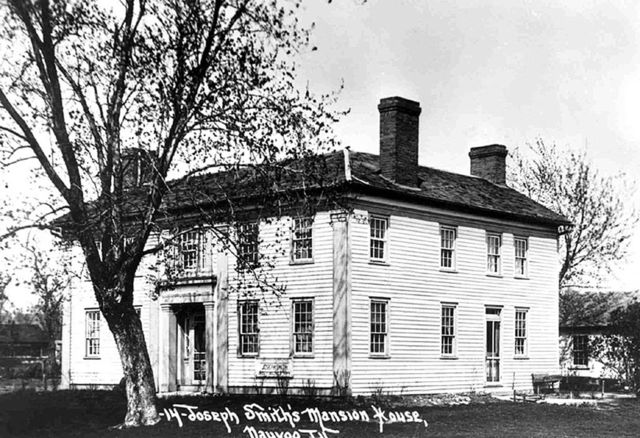 The 1843 Christmas in Nauvoo was the last one Joseph Smith Jr. was to spend on earth. No one knew that just six months later he would be martyred in Carthage Jail. Perhaps no Christmas was more pleasant to the Prophet than this last one.

Joseph and Emma had just moved into the spacious quarters of the newly constructed Mansion House in Nauvoo. In the early morning hours, everyone in the household was awakened by beautiful music. A group of Saints had gathered outside the windows of the Mansion House and were serenading Joseph, his family, and guests with "Mortals awake! with angels join' . . . which caused a thrill of pleasure to run through my soul," Joseph wrote. "All of my family and boarders arose to hear the serenade, and I felt to thank my Heavenly Father for their visit, and blessed them in the name of the Lord." The group then went to Hyrum Smith's house to sing. Hyrum said that when he awakened and heard the beautiful music, "he thought . . . a cohort of angels had come to visit him" because the music sounded so heavenly.

That afternoon, a large party of about 100 people sat down with Joseph and Emma in the Mansion House to feast on Christmas dinner. Afterward, they spent the evening in music and dancing "in a most cheerful and friendly manner."

During the festivities, the Prophet's longtime beloved friend Orrin Porter Rockwell arrived from nearly a year's imprisonment without conviction in Missouri. This rare and unexpected gift closed the activities of a beautiful Christmas Day as Joseph rejoiced that God had delivered Rockwell out of the hands of his enemies. 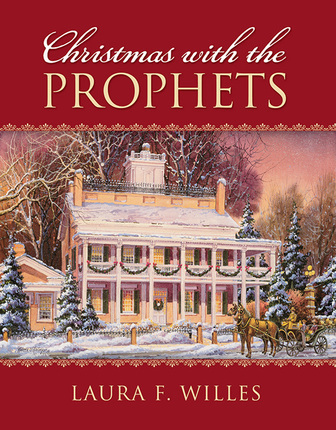 How did Joseph Smith celebrate Christmas? What did John Taylor say about the pioneers’ first Christmas in the Salt Lake Valley? What was the heartening message that George Albert Smith included on his 1945 Christmas cards? Christmas with the Prophets provides glimpses into the individual Christmas celebrations of each President of the Church, with recurring themes of missionary efforts, Church work, family, and service. Some of the vignettes are personal, others soul-stirring, poignant, and tender. Often their experiences and messages reflect the world conditions at that time and serve as little snapshots of history.

In this Christmas keepsake, illustrated throughout with historical photographs, paintings, and drawings, each story of a Christmas past is a testimony of the Messiah, borne by one of His special witnesses. Available as an eBook from deseretbook.com.