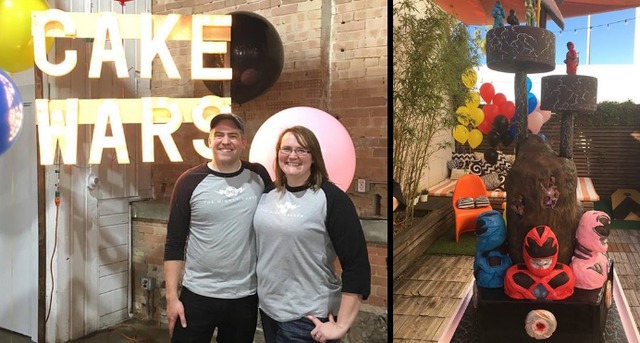 Pete Tidwell, the owner of The Mighty Baker in Provo, Utah, returned to Cake Wars to duke it out with other past champions to determine who was the best of the best.

Once again, Tidwell stole the show, securing the $10,000 prize for his Power Rangers masterpiece along with the chance to showcase his cake at a party celebrating the new movie. In fact, one of the Power Rangers, Becky G., was there to help judge the competition.

Tidwell and his assistant, Katrina Jones, had to make it through two grueling rounds before capturing the prize. Their first cake was undoubtedly unique—a ketchup cake with tomato jam and cream cheese frosting, which the judges raved about. In round two, Tidwell and Jones created a 4-foot-high cake made with dark chocolate brownie and coconut Italian buttercream.

“When they called my name as the winner, it was completely surreal, and I couldn’t believe that we won again,” Tidwell told The Daily Universe. “It could have gone either way. It was super fun to compete against some other world-class bakers, not only in baking skills but great people.”

Tidwell and Jones won Cake Wars in 2016 with an incredibly detailed Halo-themed creation.

"The detail work on your characters, I think, is impeccable down to the suiting and the armor," judge Waylynn Lucas said on the show. And judge Ron Ben-Israel raved, "It's packed with such chocolate flavor and intensity that it's impossible to have only one bite." This year, the judges were again impressed by Tidwell's and Jones's attention to detail as well as taste. 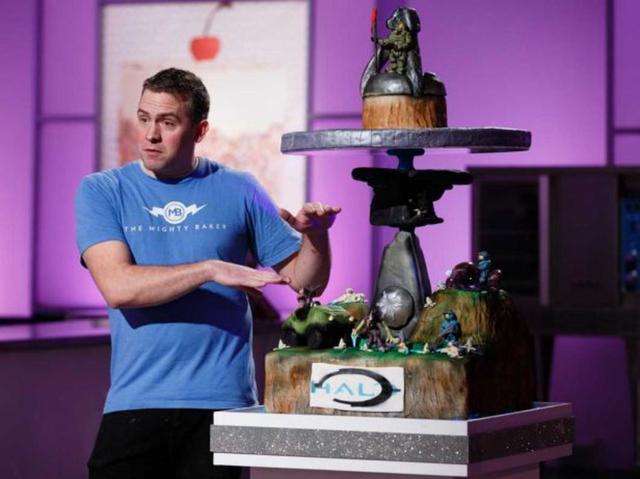 About her chance to compete in Cake Wars twice, Jones told The Daily Universe, “Probably the biggest thing I learned is to have confidence in myself. Being self-taught, it was easy to look around at all the amazing artists creating these detailed sugar sculptures and begin to really doubt that I have the same skills and abilities. I had to learn to get out of my own head and have faith in myself and in my God-given talents that I could do what I had set out to do.”