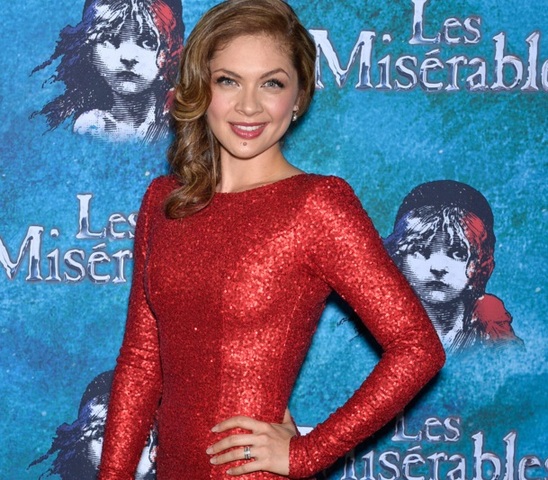 MR says: It's always wonderful seeing Latter-day Saints who can let their talents and their faith shine as they stick to their standards, even when the world contradicts them.

Earlier this month, I had the pleasure of meeting Patrice Tipoki Arkins, currently starring as Fantine in Les Miserables. Patrice was nominated for a prestigious Helpmann Award for her performance as Fantine and has recently announced that she will grace the stage as Fantine at London’s West End.

A performer who reaches into the hearts of her audience, Patrice has refined her admired gifts to grace the stage across Australia and internationally.  We congratulate Patrice on her upcoming dream role of performing as Fantine at London’s historic West End. Patrice graduated from the Western Australian Academy of Performing Arts in 2003 with a Bachelor of Arts in Music Theatre, as one of the youngest graduates. Patrice toured Australia and Japan with We Will Rock You, performed as Nala in Disney’s The Lion King, Elphaba in the hit musical Wicked, and more recently Belle in Beauty and the Beast. We were thrilled to hear that Patrice will be starring on the West End!

Have you ever felt pressure to conform?

Yes. Nobody’s perfect.  I’ve always been very blessed to find people who respect me for my standards and don’t expect me to conform. Sundays are the end of our working week with musicals, and so Sunday night is when everyone has their parties or knock off drinks or whatever and I always felt so rude. For example, when I did Wicked I always felt so rude on a Sunday night saying “see you everyone,” and they were all going out together and then a lot of the girls realised that my priorities were different.  When I fell pregnant with my first, they all organised to take me out to a children’s farm for an afternoon so we could all go together. I thought it was so considerate because they knew I wouldn’t appreciate going out to a bar. They were just beautiful.

Read the rest of this story at blog.omika.com.au/