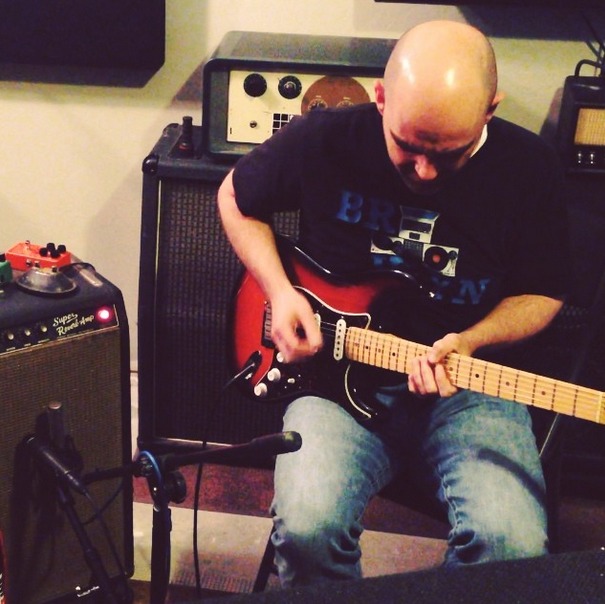 Six months ago the Howington family celebrated the five year anniversary of their daughter’s life. Lila, who developed brain cancer when she was only three months old, went into remission five years ago and has been cancer-free ever since. Ben Howington, who arranges hymns for the guitar on his website mormonguitar.com, marked the occasion by releasing a special video tribute to his daughter with an original arrangement of “Families Can Be Together Forever.” At the time, Howington was amazed and humbled by the response from viewers. One comment from stranger who related to the song because of losing his own young daughter to cancer, sticks out particularly to Howington: “Thank you for the song and your experience, it touched more than just you and your families life.”

Since the age of 13, Howington has been teaching himself the guitar. His parents bought him his first electric guitar – an expensive American Standard Fender Stratocaster – when the saw he was really serious about learning. From there he relied on a monthly guitar magazine for his selection of guitar sheet music, but as the internet grew, so did his desire to give others the high-quality, free resources he never had. He soon had his own website where he began arranging hymns for the guitar and featuring video lessons to help visual learners.

The guitar enthusiast and dad loves what he does because “Each month brings a new challenge.” It also connects his family, since they are the ones who pick the hymns for him to arrange. And though he has arranged dozens of beloved church songs, the one he still loves the most is his version of “I Am a Child of God, performed on the electric guitar.

Howington loves the song because he says it causes listeners to forget about focusing on the instrument being used, and instead turns their attention to the feeling behind it: “When I play 'I Am a Child of God,' I’m asking you to look past any preconceived notions you might have about the electric guitar in my hands and instead feel what I’m trying to tell you. I’m trying to speak to you on a level that I can’t verbalize.”

What started out as a fun hobby to share resources and uplifting music has become a shaping force in Howington’s life. Even after losing the tip of his left finger in a slamming door and having to relearn to play with his thumb instead, Howington perseveres in his passion for guitar music: “Doing these arrangements has taught me that I have to go inside the hymn and find a deeper or personal meaning and then let that drive the arrangement, rather than just doing something that I think will sound cool,” he shared.

Now, a year after posting his first video, this Mormon guitarist is excited for his first solo CD. Even in his success, though, he shows a humility and acknowledgement of a gift that comes from somewhere divine to touch the lives of others: “I hope everyone that ever listened, liked, commented, or shared any of the arrangements with friends feels like they own a part of this CD. It simply wouldn't have ever happened if it wasn't for them. Honestly, there is nothing special about me. I am just an average Mormon from North Carolina with a wife, kids, and a day job that loves to play the guitar.”