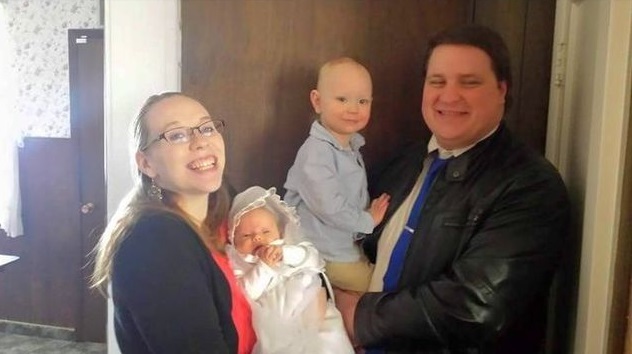 We are praying for Keenan Pearson and his family after he recently underwent an amputation as a result of injuries he received putting himself in danger to help a woman stranded on I-80—help that ended up saving her life. Keenan's wife, Rebecka Pearson, says her husband's actions didn't surprise her: "He loves helping people, he just gives, gives, gives."

Keenan Pearson was headed from work to his home in Coalville when he hit an icy patch on an overpass on I-80 at Parley's Summit. In the lane in front of him was another car that had spun out on the ice. His car plowed into it.

“We were coming [from the opposite] way and we could see it on the other side of the barrier,” UHP trooper Landon Middaugh said Monday. “They were all over the place in the lane.”

It was a bad chain of events. Pearson had gotten out of his car to help the woman he had just collided with. Both cars had come to rest in the left lanes. But more collisions were still to come.

Lead image of the Pearson family from KSL.