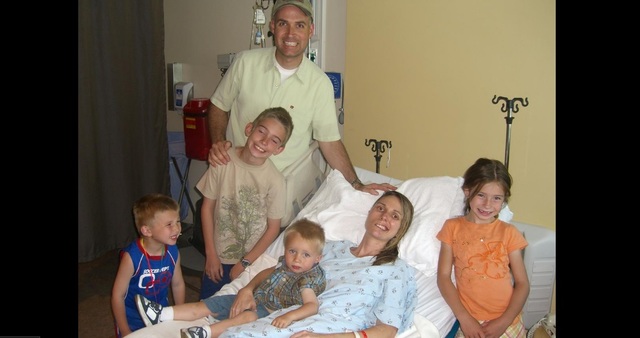 LDS Mom with Brain Infection, Facial Paralysis Shares How Faith Helped Her Through

“I think that’s one of the amazing things is that God has things in store for us that we can’t imagine until we’re willing to embrace his will, and then as we really come to act and accept what he’s got, then doors open and the windows of heaven open and the flood comes in and the blessings just multiply,” Jodi Orgill Brown says.

Jodi Orgill Brown, a Utah working mom of four, never considered that her headaches, dizzy spells and the ringing in her ears were all related, but after becoming “almost non-functional” and convincing the doctors to give her an MRI, Brown was chased down by the radiology technician. A large tumor was crushing her brainstem.

Brown, who led a very busy lifestyle as a wife, mother, volunteer and worker in professional fundraising, was only 33 at the time of her diagnosis eight years ago. As a member of The Church of Jesus Christ of Latter-day Saints, Brown, a native of Northern Virginia, said that her family and her faith in Jesus Christ helped her pull through the health challenges that would leave her paralyzed and fighting for her life.

Brown’s tumor extended from her right eye canal to the end of the bone, and then wrapped around her brain stem. It was originally deemed inoperable.

After exploring countless options and being denied by almost every doctor in the region, the Browns finally found a doctor to operate.

“The plan was one surgery,” she said, “to remove the tumor, and we were planning for five, six days in recovery.” That plan, however, quickly changed.