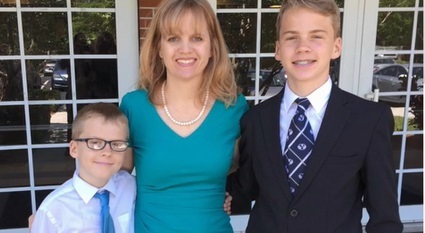 LDS Mother Trapped by Fort Lauderdale Shooter: I Was Shielded by a Stranger

Annika Dean, an LDS mother of two, was at the baggage claim at the Fort Lauderdale Airport when suddenly a man began shooting.

"I saw the shots being fired," she says on TODAY while describing the harrowing event. "I immediately ducked behind a smart cart and I just laid there. There really wasn't anywhere to hide. I couldn't have escaped. I couldn't have run."

During this harrowing event, Dean says, "I was praying to God the entire time that my children will not lose their mother. The gunman was walking around and he was shooting people near me, and I thought I might be one of his victims."

That's when something unexpected but miraculous happened. "An older gentleman laid on top of me and said, 'I will protect you,'" Dean says.

Hear Dean tell the story in her own words in the video below: