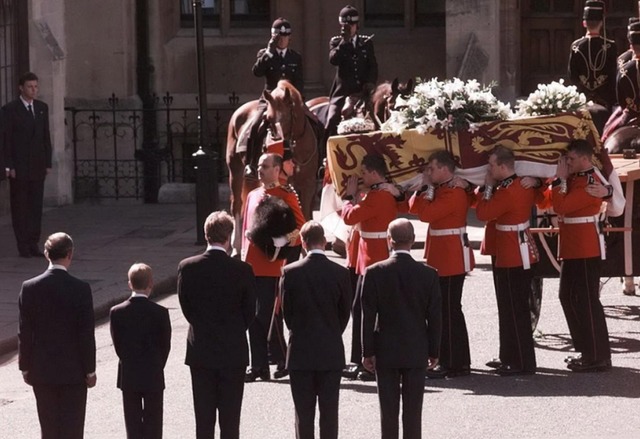 Six days after Princess Diana died in a car crash in Pont de l’Alma tunnel on August 31, 1997, Grant Kersey stood at attention outside Westminster Abbey, tears in his eyes. Sir Elton John's "A Candle in the Wind" filled the streets as speakers outside the abbey broadcast the words and music shared at Princess Diana's funeral. The day was September 6, 1997, but Kersey still remembers the day vividly.

While people around the world mourn and remember Princess Diana on the 20th anniversary of her death, Kersey shared with LDS Living his unique experience of serving as a police officer the day of Princess Diana's funeral and the "divine intervention" that helped secure that day in his memory. "The whole day was an experience I will never forget," he says.

A member of the LDS Church since 1973, Kersey says, "Police officers were chosen from around London to be on duty for the funeral. I recall a quiet talk in the air with Police Officers from my division wanting to be chosen for this honourable duty. I was fortunate to have been one of those chosen."

On September 6, 1997, Kersey arose at 1:30 a.m. so he could dress in his uniform and be on duty at Chingford Police Station by 3 a.m. "We were ground assigned outside Westminster Abbey at 6 a.m." Kersey says. "The throng of people were thousands strong. Some people had camped for days outside Westminster Abbey." Among those outside the abbey were royalty and celebrities, and Kersey recalls seeing Tom Cruise, Luciano Pavarotti, and Richard Branson pass by him.

"A powerful impression left on me that day, was the intense number of people crying. There were bursts of wailing and even screaming, particularly during the service," Kersey says. "We had been briefed to chat with the public and get to know them as we'd be there all day. However, during the funeral service, which was just over an hour, most police officers, including myself, stood to attention."

The crying intensified when Sir Elton John began singing his tribute to Diana. From 6 a.m. to 3 p.m., Kersey remained on duty outside Westminster Abbey. About the exhausting and emotional day, Kersey says, "Later that evening as I showered, the emotions of the day got to me and I cried for two little boys who had lost their mother."

While this day was undoubtedly a powerful moment in the police officer's career, he had nothing save his own memory to remind him of the day he stood on duty outside Princess Diana's funeral. That is, until what Kersey calls "divine intervention" intervened.

"About two weeks later, I was making a routine road traffic accident inquiry . . . when I knocked on the front door of a house. Incredibly, the woman who answered the door had been one of the people outside the abbey and someone I had chatted with. We recognized each other and she said, 'Wait there! I have something for you.' Moments later, she reappeared with photos as a gift. I believe this was fate and intended by the Lord for me to own and cherish those precious photos and to share them with family and friends years and even decades later." 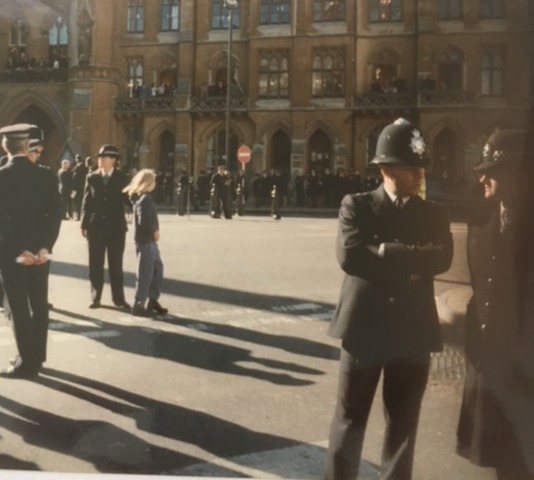 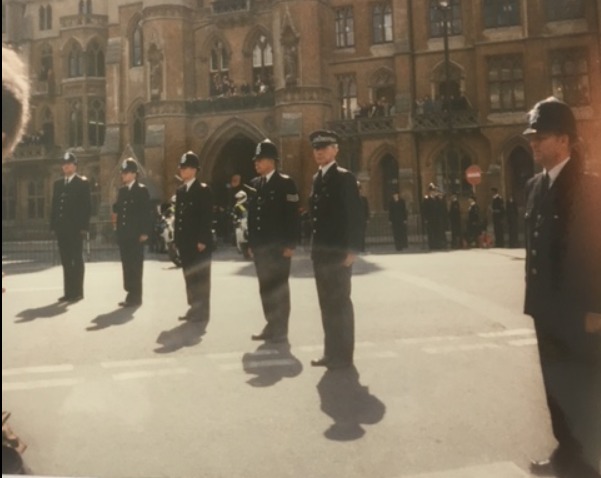 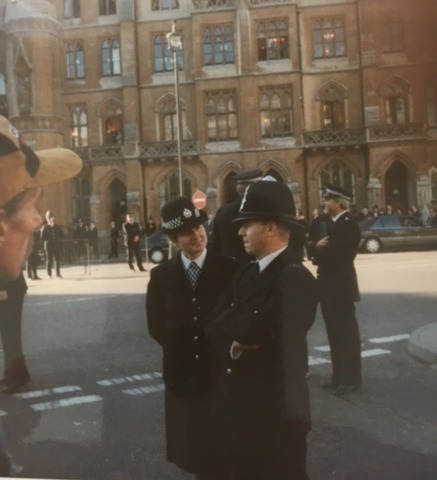 Above images courtesy of Grant Kersey, lead image from AP

Mormon Life Death FuneralDeath,Funeral,Mormon Life
Comments and feedback can be sent to feedback@ldsliving.com