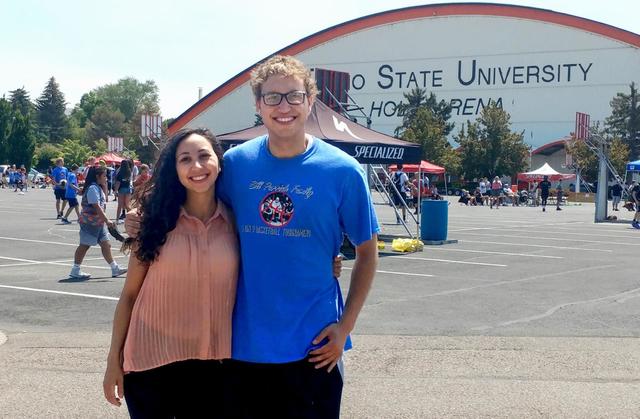 "I really think that (my family) would feel honored and happy to know that because of what happened to them, so much has happened and lives have been saved,” Jensen Parrish said about the tragedy that took her mother, father, and two younger brothers.

► Also: Missionary Whose Family Died While She Served Reflects on Tragedy One Year Later

Hundreds of people gathered outside Holt Arena in Pocatello on Saturday afternoon for the fifth annual Bill Parrish Family Memorial 3-on-3 Basketball Tournament.

A total of 81 teams competed in the ever-growing tourney this year, and many other people came out to watch and provide support for the Parrish family, the Idaho State Journal reported.

The tournament began in August 2014 as a way to memorialize Bill Parrish, his wife Ross Parrish and two of their sons, Keegan and Liam, after they tragically died of carbon monoxide poisoning on Feb. 22, 2014.

► Also: When Missionaries Can't Come "Home": How to Support Them When Family Life Changes While They Are Serving

Read the rest of this story at idahostatejournal.com