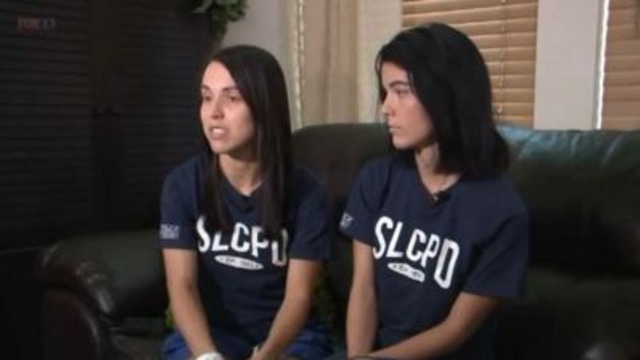 After a terrifying home invasion that ended with the invader attacking two LDS sisters with a knife, one of the victims spoke out about how she and her sister were miraculously saved. "I know, without a question, that we were totally protected, that there were angels there helping us," Bre Lasley, one of the victims, told Deseret News. (To read more of their incredible story, click here.)

One of those angels was Officer Ben Hone, who these sisters recently became reunited with weeks after their frightening ordeal.

Two sisters thought they were going to die until a Salt Lake City Police officer showed up and saved their lives.

But they weren’t able to be reunited with their hero until weeks after the incident.

He fired a single shot on Sept. 23 that saved their lives.