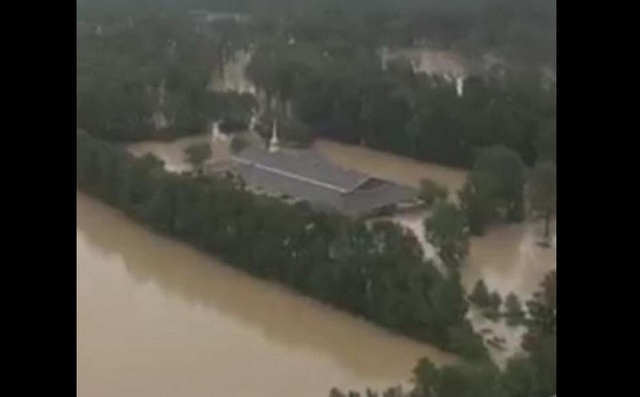 At least seven people have been killed and thousands of homes destroyed by intense flooding in Baton Rouge and Lafayette, Louisiana. One of those buildings is an LDS stake center.

The torrential rains that caused the floodings eased on Monday, but the flooding continues to increase. The final death toll and damage will not be able to be assessed for several more days as rescue efforts continue.

Utah volunteers are heading across country and working locally to help the Red Cross in their relief efforts, a volunteer response that is estimated to be the biggest since Hurricane Sandy in 2012.

While pictures of the Denham Springs Louisiana LDS Stake Center submerged by the floods have been posted to Facebook, the damage caused to other LDS buildings is still unknown.