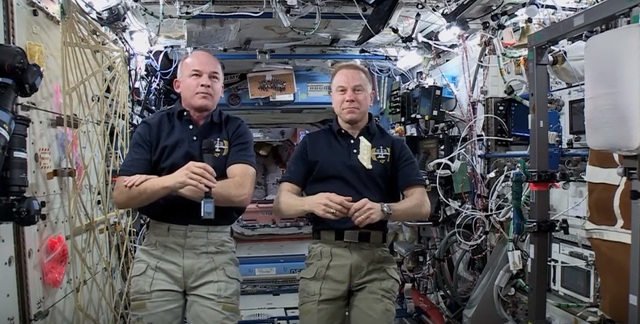 In the fall of 2014, Robert James Hillan designed a multipurpose tool for astronauts to use in outer space. He was only a senior in high school at the time.

The tool design was one of hundreds entered into the Future Engineers Space Tool design competition hosted by NASA that challenged students to create a tool design that could be uploaded electronically and printed on the International Space Station's new 3-D printer.

Hillan's design, a Multipurpose Precision Maintenance Tool, incorporates many tools (such as wrenches in a variety of sizes, a wire-stripper, drives to attach sockets, and a measuring tool for wire gauges) in one compact device.

► You'll also like: 4 Mormons Who Pioneered the Space Program

This March, a new manufacturing facility was installed on the ISS, including a 3-D printer which designed to help to replace needed tools or parts on the station without needing to wait for another launch.

Hillan's tool was the first design printed on June 15. At NASA's Marshall Space Flight Center in Huntsville, Alabama, Hillan got to stand with the flight controllers and even talk with some of the astronauts as he watched his design be printed.

"I am extremely grateful that I was given the opportunity to design something for fabrication on the space station," Hillan said according to a NASA news release. "I have always had a passion for space exploration, and space travel in general. . . .When I won the competition, I started seeing problems I face as new opportunities to create and learn. Since then I have tried to seize every opportunity."

Hillan is now a freshman at the University of Alabama in Huntsville pursuing a degree in engineering. And, as astronaut Tim Kopra told Hillan, "You have a great future ahead of you."

Watch Hillan speak with astronauts on the ISS and watch his design getting printed: