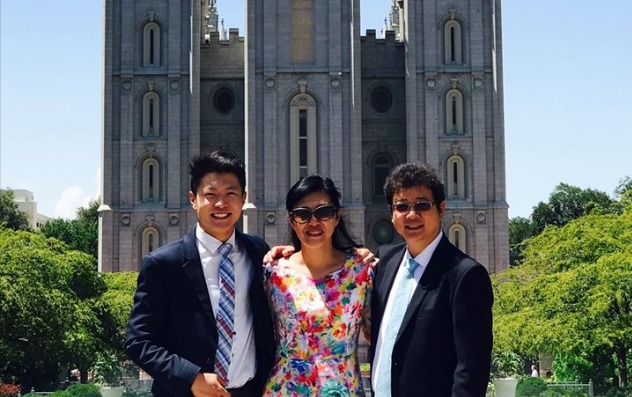 LDS Student from China Killed in Carjacking at University of Utah, Friends Remember Him for His Stalwart Faith

Late on Monday night, ChenWei Guo, an LDS student from China who converted to the Church when he was a teenager, was killed during a carjacking near the University of Utah campus. "ChenWei was most characterized by his selfless service, faith-filled lifestyle, and undefeatable positive attitude," a tribute on GoFundMe states.

At 8:15 p.m., a woman reported to the U campus that her husband, 24-year-old Austin Boutain, had assaulted her while the two were camping in Red Butte Canyon, according to the Salt Lake Tribune.

Shortly after, ChenWei was killed in a fatal shooting near the mouth of the canyon. University of Utah Police Chief Dale Brophy said Boutain is currently a suspect, according to ABC News. A search including hundreds of law enforcement officers and eight agencies, including the FBI, instigated a manhunt last night conducted on foot and via helicopter.

“We have canceled classes today in respect of ChenWei and the impact this violent event has had on our campus community. ChenWei was a pre-computer science major with a promising future and worked as a peer advisor in our International Student and Scholar Services Office,” U of U President David Pershing wrote in a letter released Tuesday.

“We have been in contact with ChenWei’s family in China and they are understandably devastated by the loss of their son. We are working to bring them to Utah as soon as possible and will offer them all the assistance we can.”

Many friends of ChenWei, who has worked for The Church of Jesus Christ of Latter-day Saints as an interpreter, took to social media to share touching memories and tributes of him. Elena Diane Jin even shared ChenWei's incredible conversion story and faith:

Mormon Life DeathDeath,Mormon Life
Comments and feedback can be sent to feedback@ldsliving.com