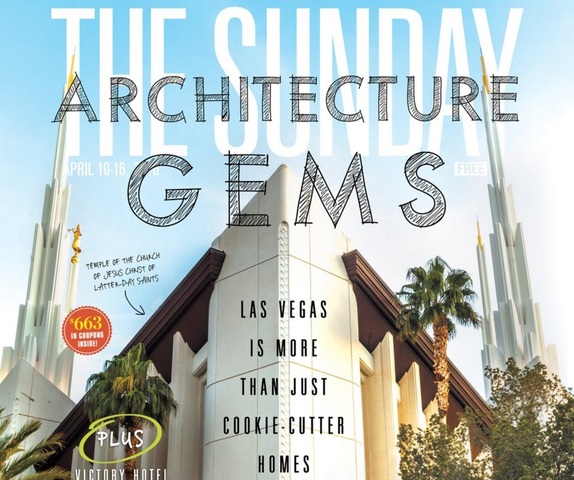 The Las Vegas Sun recently wrote a feature showing a new side to Las Vegas, one different from the glitzy, shiny, and new super-casinos most visitors see on the Strip.

While Las Vegas is known for bulldozing buildings to always strive for something bigger and better, this article showed that, off the Strip, there are many beautiful "gems" in the city.

"Like any city, Las Vegas is defined by its landscape and history, growth and industry, pleasure pursuits and architecture that weave together the narrative," the article said. "With so many sightseeing opportunities out there in mid-century modern neighborhoods, Downtown corridors, and spectacular off-Strip designs, we spun the wheel and landed on gems, from old Las Vegas through today." 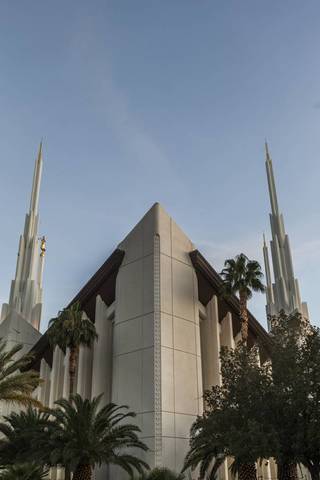 Calling the temple a "hilltop castle," the Las Vegas Sun raved about the temple's design and tranquility. This just goes to show that people around the world take notice of LDS temples and can feel a difference in their sacred spirit that contrasts so much with the chaos of the world.

Here's more of what they had to say about the temple:

"The Las Vegas Nevada Temple of The Church of Jesus Christ of Latter-day Saints sits at the far eastern edge of the city and at the base of Frenchman Mountain. Like a hilltop castle, the pristine and stunning building is sealed off to the public and offers no glimpse of its interiors from the lush grounds surrounding it. Its six white spires pierce the sky from the sloped copper rooftop. Its dramatic angles accentuate the contemporary and somewhat minimalist hexagonal structure placed in the lush 10.3-acre campus. Sidewalks lead visitors around the impeccable white walls of cast stone surrounding the more than 80,000-square-foot building. It was dedicated by former LDS church president Gordon B. Hinckley after a 23-day open house. The grounds, complete with a small pond in the courtyard, are open to the public during daytime. Designs, including renderings of the desert lily, are incorporated into the exterior and the tall arched doors. Narrow and stylized cut-glass windows allow light to stream inside. A statue of the Angel Moroni, believed by followers of the faith to have visited Mormonism founder Joseph Smith, faces east. Members raised $11 million for its construction."