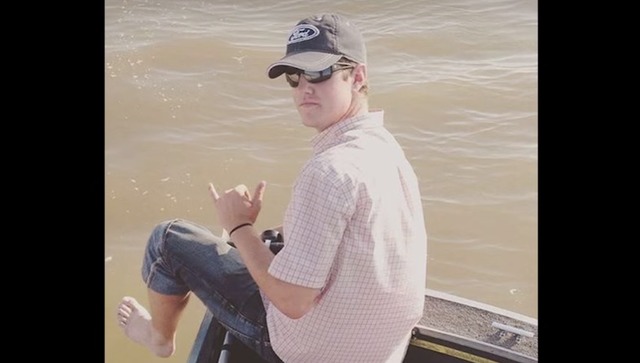 At an early-morning seminary class on August 21, 2015, Nate Ford was asked by his seminary teacher Sister Moss to list five things that were his core values or that would define his legacy if he were to leave the earth that day. This list—hardworking, member of the Church, American (patriotic), loyal, and trustworthy—turned out to be the last testimony Nate Ford shared before leaving this life at only 16 years old.

After leaving his seminary class, Ford's truck was T-boned by a semi-truck at 7:30 a.m. Ford did not survive. The loss devastated the community in Maricopa, Arizona, particularly those at Maricopa High School.

"He was so sweet," Ford's friend Cierra Cureton told CBS 5 News. "He was such a gentleman. He always had a big heart. He just talked to everybody and he was just a good person and he would always find a way to make you better."

While searching through his truck, Ford's parents, Jennifer and Doug, discovered something they hadn't known about their son—that he always kept a pair of unworn athletic shoes in his truck. It wasn't until later that his parents discovered the purpose behind these new shoes.

As it turned out, Maricopa High School has 411 homeless students, according to inmaricopa.com. Apparently, Nate kept the shoes in his truck in case a teammate from the football team ever needed a pair of shoes.

Touched by their son's strong testimony and selfless, quiet service, Doug and Jennifer Ford set out to help others and follow his example. "We’re just trying to do what Nate would want us to do," Jennifer told Good Deed Revolution. "We are trying to make it so that he…didn’t just die. He still lives. And that people can figure out a way to do good."

Jennifer began to rally the moms in her area to gather supplies for the homeless in Maricopa, and soon the group Mothers of Everyday Heroes was formed. The group takes Nate as their inspiration, according to their website, saying his small, genuine acts of kindness have inspired them to make  "a difference in their own communities through meaningful and compassionate service." They also reflect his same core values: hard-working, faithful, patriotic, loyal, and trustworthy.

Going a step further, Ford's parents created a non-profit organization, Rocking 4D Foundations Inc., with those same values and the motto "What type of legacy will you leave behind?"

While Ford's time on earth may have been short, he has still managed to uplift and inspire hundreds to make the world a better place and to live strong, faith-filled values.

"My wife said that a person’s life is not a based on the last 30 seconds of their life," Doug Ford told Good Deed Revolution. "It’s based upon what they did their entire life, and Nate impacted the lives of people around him since he was a little boy."

Lead image a screenshot from the YouTube video above.