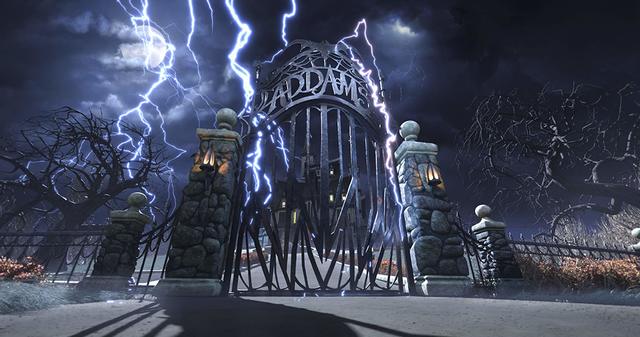 Children will be introduced to the macabre Addams family in this dark animated version. If you watched the popular 1960s TV show of the same name, you might get a kick out of The Addams Family. I never liked the TV show or previous movies, so I wasn’t very excited about a children’s version hitting theaters. The timing for this creepy cartoon, directed by Greg Tiernan and Conrad Vernon, is perfect for Halloween, but it may not be the perfect fit for your family. Hotel Transylvania is funnier and less dark for young kids.

If you like Tim Burton-style films, you’ll enjoy this. If not, you should probably skip this one, too. Tim Burton was originally going to co-write and co-produce this movie, but that didn’t happen. The Addams family moves to New Jersey, the place where the creator of the Addams Family, Charles Addams, grew up. The Addams family car’s license plate “CHAS” is also a respectful nod to Charles. I always love details like that in movies.

The talented voice actors include Charlize Theron, Bette Midler, Allison Janney, Oscar Isaac, Chloe Grace Moretz, Finn Wolfhard, Martin Short, Catherine O’Hara, Elsie Fisher, and Nick Kroll. There were moments when I liked how Nick Kroll handled Uncle Fester, but his voice was just off most of the time. All of the characters pretty much look like the old TV show, although Wednesday has her braids tied into nooses.  Gomez Addams’ facial animation was odd and seemed too smashed together. The animation for the entire film is not that great. There are some other changes from the TV show and former movie that don't quite make sense. For example, in this movie, Wednesday has a pet octopus named Socrates but in the original TV show, Pugsley had one named Aristotle. Why the change?

You’ll like the opening song with Christina Aguilera called "Haunted Heart." Other songs in the movie soundtrack feature Snoop Dogg (“Rock Mafia”) and Migos ("My Family" from The Addams Family). You’ll also get a kick out of Frankenstein’s musical moments in the film. The sing-a-long to the Addams family theme song at the end of the movie was a perfect touch.

Everything is so politically correct and yet stereotypical at the same time. It’s more weird than funny. Non-Jewish people may not quite understand what the special “manhood” ceremony is all about for Pugsley Addams, which kind of resembles a bar mitzvah.

Cousin It was always my favorite because he’s so adorable, so I was super disappointed that the movie didn’t do more with him/it. Some things just didn’t make sense, not only for the characters but for the story.  Some of the editing and transitions are choppy.  I was actually bored and couldn’t wait for it to end. Now, if you’re already a fan of The Addams Family, then you might really enjoy this movie!

Is it okay for your kids? (Rating: PG)

Some things to be aware of:

Some uplifting themes and messages in the film are: