Latter-day Saint Movie Review: What You Should Know About "Out of Liberty" Before Seeing It with Family

What’s Out of Liberty About?

Jailer Samuel Tillery is tasked with protecting Joseph Smith and other Latter-day Saint prisoners in Liberty Jail until they can get a fair trial, a job made difficult by angry mobs who want the men dead.

Between Out of Liberty, The Fighting Preacher, The Other Side of Heaven 2, and last year’s Jane and Emma, Latter-day Saint cinema is on a hot streak when it comes to quality and accessibility to all audiences. This latest offering from director Garrett Batty (The Saratov Approach, Freetown) continues his legacy of telling intelligent, well-acted, lovingly created stories for all audiences that happen to be about Latter-day Saints. This is no conversion piece. It’s simply a great film. As I’ve said before, you don’t need to be Jewish to enjoy Fiddler on the Roof, Catholic to appreciate Rudy, Evangelical to like The Blind Side, or Hindu to be moved by Ghandi. Batty understands this, and you don’t have to be Latter-day Saint to be swept up in the powerful storytelling and engrossing characterizations in Out of Liberty.

The two things I enjoyed most about the film are its tone and its perspective. Rather than focus primarily on the horrific experiences of Joseph Smith and others in Liberty Jail, this story is told through the eyes of their jailer, Samuel Tillery, and the moral crisis he faces in protecting men he believes are vile criminals from angry mobbers, risking his life to do his duty and let justice take its course. Those who know how the story ends will expect those beliefs to be challenged. It’s a classic Western trope, the one good man who stands for law and order in a lawless land, but it’s given fresh vitality here thanks to Batty’s direction, the factual nature of the story, and Jasen Wade’s stoic performance.

The supporting cast is strong, a match for the smart, compassionate screenplay. I could highlight each of them in turn, and they deserve it, but special praise must be reserved for Brandon Ray Olive as Joseph Smith and Corbin Allred as the infamous Porter Rockwell. Olive, to my initial disappointment, doesn’t look the part of the Latter-day Saint leader, but his performance is wonderful and he quickly won me over by capturing the spirit of the man. Allred steals every scene he’s in as Rockwell, earning my laughs and tears as the faithful, fiery, kooky sharpshooter. A standalone film about the character with Allred in the lead would not be unwelcome in the slightest. Robert Allen Elliot’s gritty score and Jeremy Prusso’s gorgeous cinematography give the film a sheen that suggest a larger budget than it actually had. Don’t miss this one. Take your friends.

Out of Liberty is rated PG. There is nothing inappropriate, though intense scenes of mobbers attempting to murder the prisoners in Liberty Jail and threatening them, a somewhat vicious beating, and a non-bloody gunfight may frighten young children (who’d be turned off by the thoughtful pacing and emphasis on dialogue anyway). Some of the prisoners vomit. A bucket is handed up to the jailer with their waste for his disposal. The prisoners wrestle intensely with doubt and despair. All is historically accurate and leads to an inspiring resolution. Great for adults, teens, and older kids.

Doing the right thing requires firmness of mind and unwavering conviction (see Jacob 3:1–2). The Saints invite disbelief and opposition if they approach their neighbors with pride and self-righteousness (see Alma 4:8-11). Jesus Christ spoke comfort and counsel to Joseph Smith in Liberty Jail, his words applying to all of us in our darkest times (see Doctrine and Covenants 121and 122). 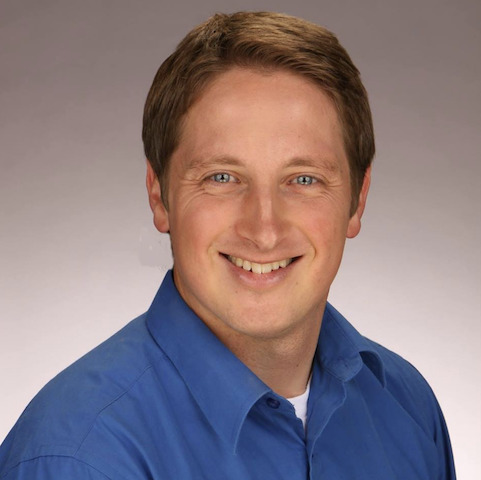 Jonathan Decker is a family therapist and film critic. For more, visit www.yourfamilyexpert.com and join his Ask a Latter-day Saint Therapist and Cinema Therapy Facebook groups.