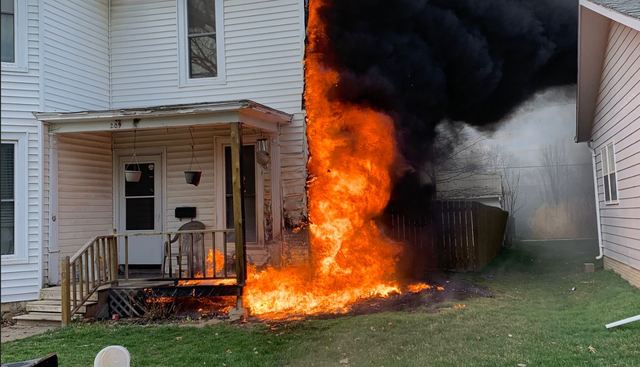 Latter-day Saint Michelle Tunney was not in the mood to walk her dog, Rocky, when the Spirit prompted her to take a stroll around her neighborhood in Winterset, Iowa. 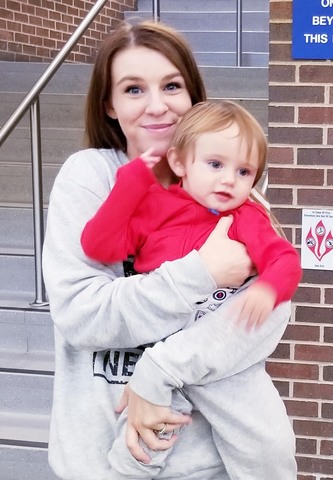 That same day, Tunney learned her 20-year-old daughter had an emergency CT scan after having life-threatening swelling in her brain. Now hospitalized, Tunney's daughter was at risk of paralysis or death all while caring for a 1-year-old boy with her husband. In addition, Tunney had lost her mother to dementia the month prior.

It was an emotionally difficult day for Tunney, who turned to the scriptures to find comfort. "Normally, I can just read my scriptures and complete peace comes over me. It always takes away any type of difficulty that I have, but it wasn’t working," Tunney says. "At one point, I heard the Spirit say, 'Take your dog for a walk.'"

That was the last advice Tunney wanted to hear. On top of everything else going on in her life, Tunney didn't want to clean up her dog's messes off her neighbor's lawns.

But Tunney has had enough promptings in her life to know when the Spirit speaks, she should listen.

"I’ve learned over the last six or seven years how to fine-tune listening to the Spirit because before that it was just hit-and-miss," Tunney says. "But then I really began to listen, so now when those things come to me, now I go and do. And just like Nephi, God always provides a way."

Not even halfway down the block, Tunney found herself cleaning up after her dog, holding a squishy plastic bag in her hand. "I am holding it, and it’s kind of grossing me out, so I walked over to the gas station," Tunney says. After throwing away the bag, Tunney turned to see smoke curling into the sky.

Tunney initially thought the smoke was coming from a bonfire, but suddenly she noticed "that the flames were starting to rise" in the blustery Iowa winds.

The Spirit told Tunney to run.

After leaving her dog with a middle schooler walking home from school, Tunney called 911 while sprinting to the home and through the front door, nearly running into a man standing in the front room.

Tunney recalls telling the man, "Your house in on fire. We need to get you guys out now!" Inside the house lived a three-generation family: Tammy and Robert Mummer and their three children along with Scott and Cindy Aukes.

Tunney says, "The thought that just kept coming to my head was, 'Grab the children. Bring them outside. Do it now.'"

Tunney carried out the Mummers' 2-year-old son, leaving him with the same middle schooler who was watching her dog, before returning to carry out their 5-year-old son.

But Tunney didn't stop there. She continued to race past the growing flames, this time returning for the Mummer's 8-year-old son, Draven. Tunney found Draven unconscious on the floor with his grandfather, Scott Aukes, frantically trying to rouse him. Tunney learned later that Draven had stayed home from school with hives that day, and the Benadryl he had taken earlier caused him to fall into a deep sleep.

"I don’t know how I picked up this kid," Tunney says, noting how she thought Draven was a teenager due to his height, "but I just picked him up and held his face in my hands and said we need to get out of your house right now." Tunney helped Draven toward the front door. As she felt the heat rising from the porch, Tunney looked over at the flames that were now climbing up the face of the house, fed by the intense winds. 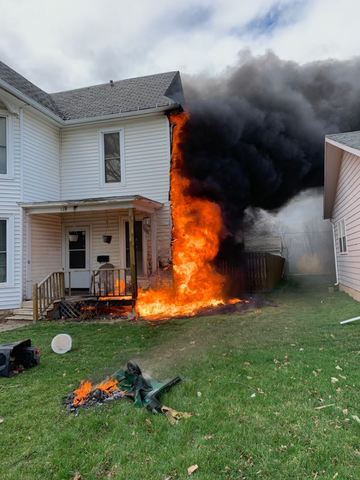 Despite the terrifying inferno, Tunney says, "I just knew everything was going to be okay. I knew we were going to be protected. I really felt that. It was complete, total peace."

Once Draven was safe, Tunney once again raced inside the house. She found Scott Aukes, who was attempting to help his disabled wife, Cindy. Tunney told Scott to watch his grandchildren while she helped get his wife out of the house. By the time the two women reached the front door, flames encircled the porch and door. "I thought, 'Oh my gosh, we are not going to make it through,' and then the next thought was, 'You are protected. You’ll be okay,'" Tunney says. Despite feeling the intense heat of the flames licking the air around them, Tunney and all members of the Mummer and Aukes family made it outside of the house unharmed. 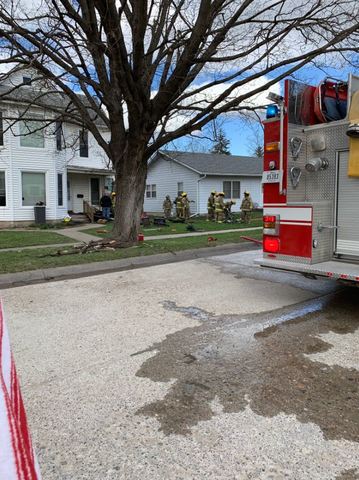 While standing with the family as they watched their home burn, Tunney remembers Draven began "crying and he was shaking. I put my hands on the side of his face and I had him look at me and I told him, 'It’s going to be okay.'" Though Draven was heartbroken at everything he feared he would lose inside his home, Tunney felt prompted to tell him, "Trust me, it’s going to be okay. I promise you." Tunney continues, "Something inside, I know it was the Spirit, but I just knew without a doubt that things would be protected." Though the Mummer's and Aukes's home suffered structural damage, aside from smoke damage much of the family's belongings were salvaged.

But, once again, Tunney didn't stop there. "I’m over compassionate service at my church and so my first thought was, 'This family needs to eat,'" Tunney says. Tunney called her husband to have him start two-and-a-half pounds of spaghetti for dinner as she ran to the market to pick up other needed supplies. While there, a fellow neighbor and manager of the store offered to pay for all of the supplies out of pocket. After providing the family with a multi-course dinner, Tunney still didn't stop there. Instead, she turned to her ward and stake on Facebook to start collecting clothes and supplies for the family, started a GoFundMe account, and worked to open a bank account community members could donate to while the currently homeless Aukes and Mummer family began rebuilding their home. 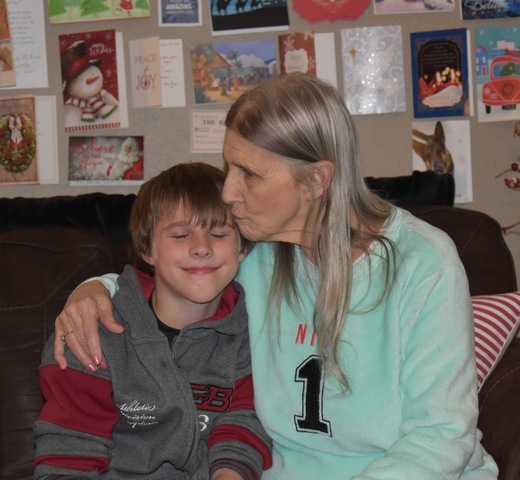 While Aukes sees Tunney as a hero, she is the first to admit, "I feel really awkward because people are like, 'You are a hero' and I am like, 'No, I'm not. I am just a person who walked by and did the right thing. . . . That is what we are supposed to do. We are supposed to help our neighbors. We are supposed to step up, get out of our comfort zones, and go and serve as the Savior would."

And Tunney recognizes that this was God's way of answering her desperate prayer for comfort during a difficult time. "I had already lost a child once. I did not want to have to do it again," Tunney says about her daughter's hospitalization. "But I know that I would always accept God’s will in whatever He gave me. So service has always been key in our lives that every time we serve, anything we face, it always helps us."

She continues, "People think we have perfect lives, but that is not how it is. We are here to be tested and tried. And as we are obedient to God’s commandments, He blesses us and He guides us and He gives us that peace and joy so we can handle those challenges and help other people."

And this experience has given Tunney a way to love her neighbors with a new depth and share with them what matters the most in her life. A convert of 25 years, Tunney says, "The gospel is my entire life. . . . I feel like we go through things in life so we can help someone else walk that same road. All that glory goes straight to Heavenly Father. It is Him. He is the one who is guiding and teaching us and helping us in those things so that other people don’t have to feel alone." 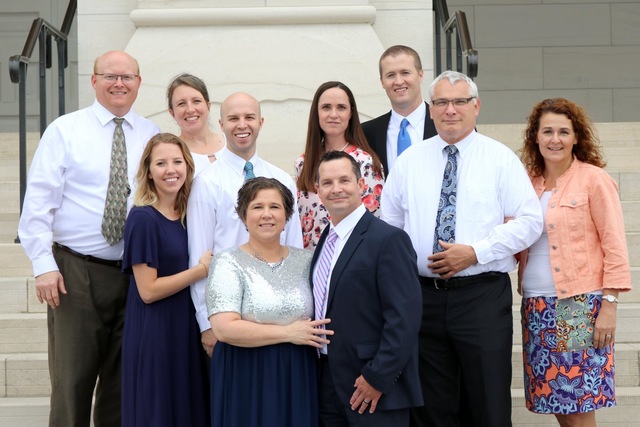 The Tunney family together.

Tunney witnessed a beautiful example of this when she was caring for her mother before she passed away. While sick with an infection, Tunney's mother lashed out at her, leaving a bruise that lingered for a long time.

“The bruise that I had on my arm stayed with me until after she died, and I was so glad because every time I looked at it I remembered the Savior was battered and bruised but He still loved people unconditionally and served them and was kind," Tunney says. For Tunney, it was a reminder not only to treat her mother with that same unconditional love but to turn outward as she ministers to and embraces others.

All images courtesy of Michelle Tunney.