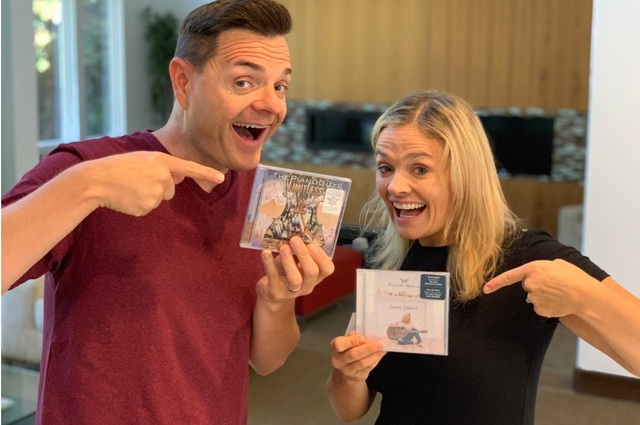 On the New Age Albums chart, The Piano Guys' album Limitless only recently fell from the no. 1 spot to the no. 2 spot after ranking on the Billboard chart for an incredible 42 weeks. Just below The Piano Guys (which consists of Latter-day Saints Jon Schmidt, Steven Sharp Nelson, Paul Anderson, and Al van der Beek) is Paul Cardall, claiming the no. 3 spot with his new album, Peaceful Piano. And in the no. 4 spot is Camille Nelson, sister to The Piano Guys' Steven Sharp Nelson, and her album Sacred Lullabies.

On the Classical Crossover Albums Billboard chart, The Piano Guys and Camille Nelson appear alongside Andrea Bocelli and Gérald Caussé, the presiding bishop of The Church of Jesus Christ of Latter-day Saints.

When it comes to uplifting music, there's no doubt Latter-day Saints are dominating the industry. And there is no doubt faith plays an important part in their success and understanding of the power of music. As President Russell M. Nelson shared in a 2008 fireside for young adults:

"Remember, music has power to provide spiritual nourishment. It has healing power. It has power to facilitate worship; it allows us to contemplate the Atonement and the Restoration of the gospel with its saving principles and exalting ordinances. Music provides power for us to express prayerful thoughts and bear testimony of sacred truths."

Elder Bruce R. McConkie also bore testimony of this truth when he said:

“Music is given of God to further His purposes. Sweet melodies mellow the souls of men and help prepare them for the gospel. After men receive the truth, songs of praise to Deity help to sanctify and cleanse their souls.”