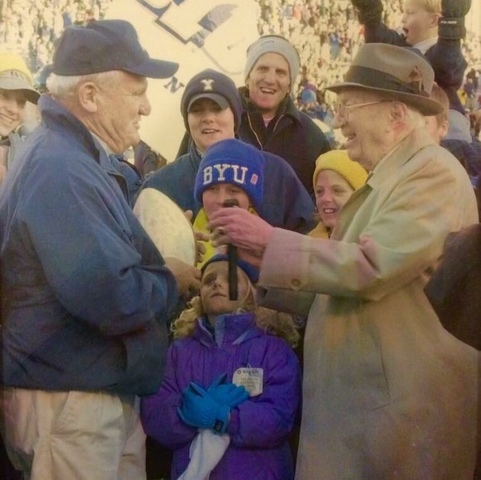 Our prayers go out to LaVell Edwards' family and his many fans.

Renowned for his pass-first offenses that threw for more than 57 miles and opened a new era of college football, Edwards led BYU to the 1984 national championship and sent five players to the College Football Hall of Fame before his own enshrinement in 2004.

Edwards ranks in the top-10 winningest coaches in Football Bowl Subdivision history. His .722 winning percentage over 29 years is just one of two coaches nationally to win as many games in fewer than 30 seasons.