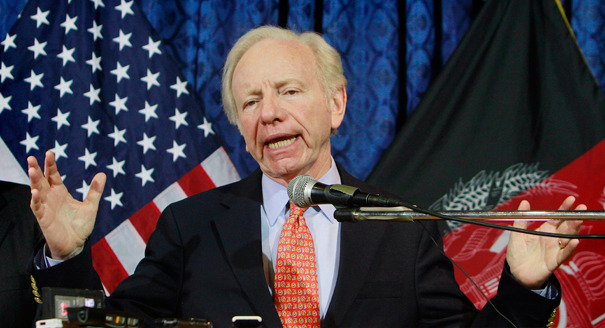 Sen. Joe Lieberman has a stern warning: Leave Mitt Romney’s religion out of this.

“I have been watching the recent controversy over Mitt Romney’s Mormon faith through two prisms,” the Connecticut senator said in an op-ed penned in The Washington Post. “One is the vision of the appropriate relationship between government and religion, as set out by America’s founders; the other is my own experience in 2000 as the first Jewish-American to be nominated for national office.”

“The United States of America was and is a faith-based initiative,” he said.

Lieberman, who ran for vice president on the ticket with Al Gore in 2000 and made a bid to win the Democratic nomination for the White House in 2004, said the United States is founded on the “the right of every American to hold elective office, regardless of religion,” and that every American has the right to worship as they choose.