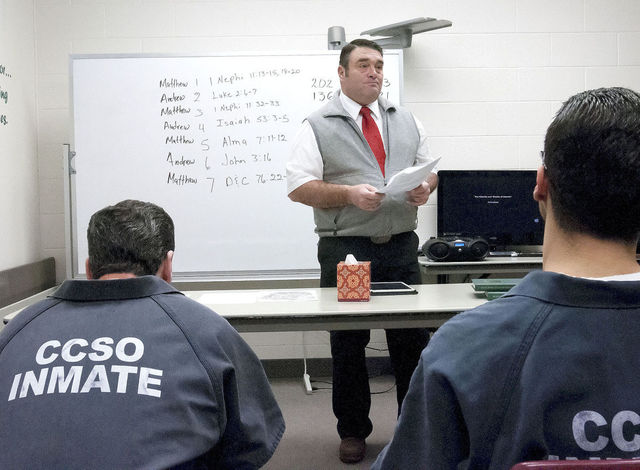 On the mend from an infraction they’ve committed in their past, several Cache County Jail inmates have sought communication with a higher power through various religious programs at the Cache County Jail.

“I know I’m new at this but it seems to be the right thing,” said an inmate during the opening prayer of a Sunday Church of Jesus Christ of Latter-day Saints service.

From the moment they sit down in a religious service, inmates embrace God and his teachings, in touch with their faith and a sense of normalcy for a few hours.

“I get some type of peace of mind. I don’t have to worry about interaction with people,” said one inmate.

Read the rest of this story at news.hjnews.com

Mormon Life Service FaithService,Faith,Mormon Life
Comments and feedback can be sent to feedback@ldsliving.com