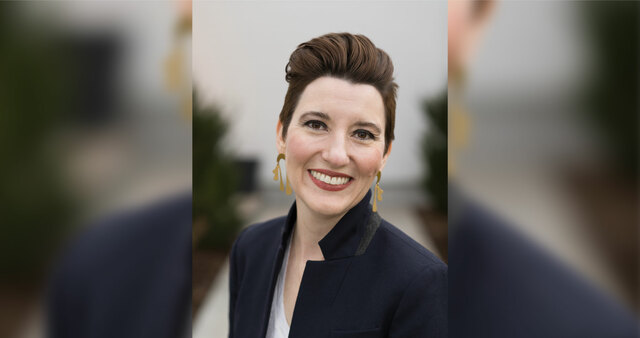 During her five years as a brand strategist for Bonneville Communications, Neylan McBaine was a part of the team behind the “I’m a Mormon” multimillion-dollar advertising and outreach campaign for The Church of Jesus Christ of Latter-day Saints. McBaine caught the eye of Boncom, the marketing agency behind not only “I’m a Mormon” but Light The World and other Church campaigns, because of a website she had started, The Mormon Women Project. Unbeknownst to them, McBaine carried with her extensive marketing experience, having worked for years in the Silicon Valley with multiple successful companies, making her an incredible asset to the campaign. On this week’s episode of All In, McBaine reflected on what made the campaign impactful.

Listen to the full episode in the player below or by clicking here. You can also read a full transcript of the episode here.

Morgan Jones: You also had the chance to work through Bonneville Communications on "I’m a Mormon." And you've kind of talked about how you had an interesting balance between those two things because on one hand, you had these women from all over the world, and then you had "I'm a Mormon," that was a little bit different, but also kind of the same thing—kind of showing that there were all different paths to being a member of the Church. And I think—I love something that you said in one of the podcasts that I listened to where you said, "Latter-day Saint women write their own script." And so as you were involved with "I’m a Mormon," how did your unique background both with your mom and New York, and then the Mormon Women Project—how did all of that kind of influence that experience at Boncom? (Bonneville Communications).

Neylan McBaine: Yeah, I was really grateful to have that experience at Boncom and it kind of fell into my lap. I got a call I think the day Mormon.org launched, from one of their brand strategists and he said, "You know, we're here brainstorming a new campaign for the Church and we're a bunch of dudes sitting around a table and we're trying to figure out how to talk to everybody, not just other dudes." So, he was familiar with The Mormon Women Project and reached out to me because of that. Ironically, he wasn't familiar with the fact that I had just spent seven years in Silicon Valley doing digital marketing and brand strategy. So, I went in with I think more thorough qualifications than they might have expected initially, which was great because that allowed me to work on many other things as well at Boncom aside from “I'm a Mormon." But initially it was interesting with "I'm a Mormon." I think the Mormon Women Project was seen as a sort of source material for some of the videos that that they were doing for the campaign. But the work that I was doing on the end of MWP (Mormon Women Project) was much different. It was, as we sort of explained, it was a very sort of intimate sacred exploration of a woman's personal journey in a 4,000-word transcribed interview, like really, really meaty, lengthy stuff, right? And "I'm a Mormon" was something I was also familiar with from my advertising and marketing experience, but it was short, punchy, visual, two to three-minute videos. And so, so it's a very different way of telling women’s stories, and both are extremely valuable. And both were needed. But it really was an interesting education for me in all the different ways to be able to tell a story and all the different ways to be able to share the diversity of our experiences.

Morgan Jones: Yeah. Why do you think Neylan that it was important that that campaign show us different kinds of Latter-day Saint women? And then also with that, I can't help but think—like for me, one person that made a deep impact on the way that I wanted to live as a Latter-day Saint woman was Jane Clayson Johnson. And so, I think that there were different women that were a part of that campaign, that didn't totally fit the mold, right? That we think of as the "traditional" woman in the Church, but it kind of shook up that stereotype. So why do you think that that was important? And do you think that that was successful?

Neylan McBaine: Yes. So, good questions. I think the process of globalizing the Church and, and creating an institution that really works outside of Utah and outside of the United States started earlier in the 20th century, definitely. But I think the profile of the membership was really something that had to be tackled in order for the Church to continue its growth trajectory at that point in history. So, at the beginning of the 21st century, we enjoyed global growth. At one point we tipped to more members outside of the United States than inside of the United States and yet, we still have so many of the trappings of a sort of a mid-century American institution, right? And that was very painful and painfully clear to me growing up in New York where we would have the missionaries work so hard to baptize members—immigrants or people from other denominations, especially if they were coming from Black churches in Harlem for instance, and they would come to our Church and they would just be like, "No way am I going to keep, you know, singing, singing these boring hymns in a dirge like manner.” You know?

Morgan Jones: Yeah. And feeling like, "I'm the only person that is of a different race."

Neylan McBaine: Exactly. So it was absolutely essential for growth that we shed some of that, some of those cultural trappings. And it was a painful transition and the transition is still happening. I remember one of my first days at Boncom after we had launched some of the early video portraits, our managing director sat us down and read us a letter that had been written by a man to us generally, that said, "My wife has been on the couch in the depression for the last couple of days because the Church's fancy PR agency is showing a woman who has pursued a career, whereas my wife gave up her education and her pursuit so that she could raise a family the way the prophet told her to. And now, you know, you're telling her that she didn't have to do that, she didn't have to make that sacrifice." And real anger and real confusion. And, you know, I got that, I got that. One of the things that prompted me to start the MWP was this tension that I felt growing up between my mom being a woman who did not have a temple marriage, a single mother who [had a] professional, international career being held up in all the Church videos and singing for President Hinckley's birthday parties, and I was on the fireside circuit, right? And got to meet several of the apostles, which was wonderful for my personal testimony—and again, back to the sort of sense of myself as a woman in the Church. But I did recognize the hypocrisy of that, especially in the 1980's and 90's, when we were not very far from President Benson's call to women to stay home. And so I think women in the Church have always kind of suffered from that tension and the "I'm a Mormon" campaign and things like the Mormon Women Project have been efforts to alleviate that tension, and to say, again, that balance between what is a cultural practice or what is obedience to a particular cultural expectation or a narrowly prescribed role versus all the rest of life, right? And all these other things that we can do as women, and all the other ways to write our scripts. And I think it's been a really important pendulum swing for all of us who are trying to live in the modern world and still recognize our eternal identities.

Morgan Jones: Yeah, I think it's so important to note that marriage and family sometimes, no matter how hard you try, it's not happening for you. Or you have a choice, “Do I settle just to get this thing that I supposedly am longing for? Or do I wait and get what I feel like I deserve?” And I think that has been an interesting thing in my experience as I have. It's taken a long time to get to this point. But I think I finally got to a point a couple of years ago where I was like, "No, I don't think that, that God's plan for me has gone wrong. I think that this is exactly what he wanted for me. And if he wanted me to be married, I would be married. And I'm not." And so, I think that it goes back to that idea of personal revelation. But I do think it's so important to recognize that marriage and family is not something to be achieved. It's something that happens sometimes, and sometimes it doesn't. And it's kind of, in my opinion, a healthy, happy marriage and family, in many ways, is something that is out of our control, when it happens. If that makes any sense.

Neylan McBaine: Oh, I love to hear you say that Morgan. That's wonderful. You know, I have three daughters and statistically one of them will not get married. And I think retaining membership, not to mention shepherding people on the covenant path and helping them maximize their spiritual potential, the sheer membership retention statistic alone requires us to craft a space for people like that, that are in that particular demographic, and embrace it fully, and make sure that all the opportunities to live are fully explored and adventurous and big lives are celebrated at every turn.

In 1895, Utah's leading suffragist, Emmeline B. Wells, welcomed her friends Susan B. Anthony and Reverend Anna Howard Shaw to a gathering of more than 8,000 people from around the nation at the Rocky Mountain Suffrage Convention. They were there to celebrate the suffrage movement's recent wins and strategize their next triumphs. Pioneering the Vote tells the remarkable, largely unknown story of the early suffrage victories that happened in states and territories in the American West. With the encouragement of the Eastern leaders, women from Utah, Colorado, Wyoming, and Idaho came together in a unique moment of friendship and unified purpose to secure the vote for women in America.

I'm A Mormon Podcast All InI'm A Mormon,Podcast,All In,
Comments and feedback can be sent to feedback@ldsliving.com