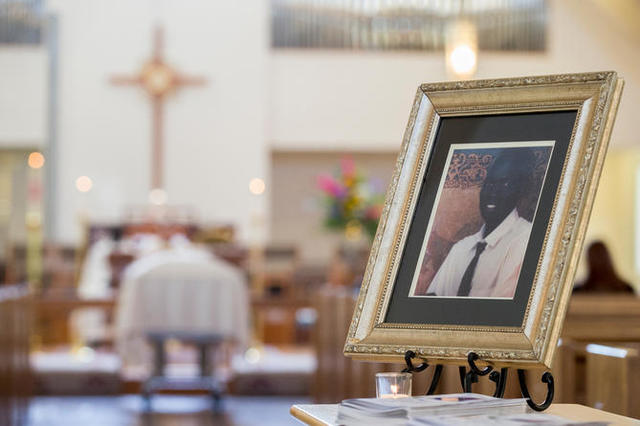 Lost Boy from Sudan's Civil War, LDS Convert Dies Alone in Utah After Being Hit by a Car

Phillip Deng Aguto survived the Sudanese civil war but died alone in a suspected hit-and-run accident along North Temple in the early hours of August 13. Though several cars stopped after the accident, Aguto was alone when police arrived at the scene.

Recently, the Church released its "I Was a Stranger" initiative to inspire Latter-day Saints to help refugees in their community and around the world.

As an 8-year-old, Phillip Deng Aguto fled his home on foot to escape death or induction into the northern army during Sudanese civil war.

For 13 years, he and thousands of other Sudanese children, mostly boys, were displaced, first in Ethiopia and then Kenya. They endured hunger, dehydration, and exposure. Many drowned in rivers or were killed in rebel attacks. Some even fell prey to attacks by wild animals.

But Aguto survived and in 2001 was resettled in Utah from a refugee camp in Kenya. He completed some high school classes and worked for Deseret Industries and the LDS Church Distribution Center.