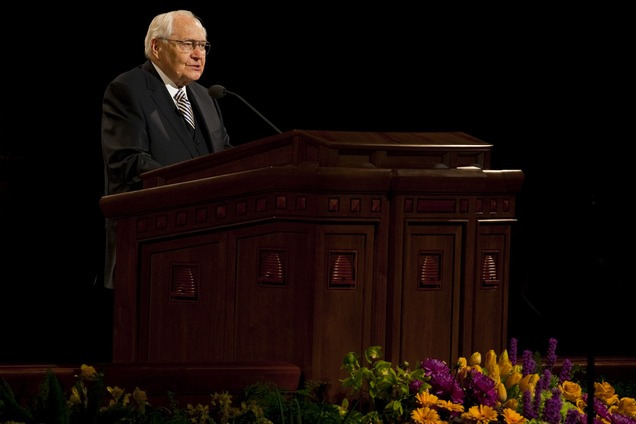 L. Tom Perry, with big hands and an even bigger grin, is the oldest and tallest living Mormon apostle. He also might be the least well-known.

And that, say those who know him, is no accident.

At age 88, Perry is one of the so-called “Greatest Generation” who served in World War II, but never boasts of it. He moved his family from one coast to the other, adapting to each new location with boyish delight. He relished sharing Mormonism at the 1964 World’s Fair in New York. He dealt with the death of his first wife with quiet dignity and relentless optimism.

Perry reached the top of his profession in retail sales and met every assignment the Utah-based Church of Jesus Christ of Latter-day Saints handed out the same way — with energy and enthusiasm.
Read the rest of this story at sltrib.com