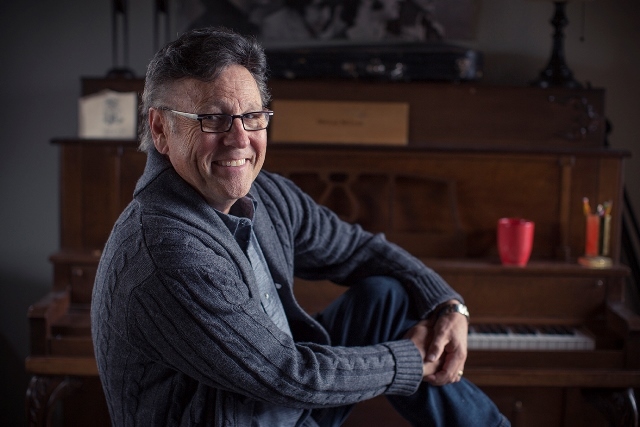 It all started about 10 years ago when McLean’s youngest son told his family that he was gay.

“He was hoping that if he was good enough, prayed hard enough, served faithfully as a missionary, and kept the commandments that he’d somehow experience a miracle and become straight,” says McLean. “It’s tough enough to be a gay kid in a straight world, but being the son of the songwriting icon of the Mormon Church was impossible for him. The pain was so deep that he’d considered suicide.”

To make matters more difficult, McLean and his wife, Lynne, were living in Malibu, California, when Church members in the state were campaigning to pass Proposition 8—which would only legally recognize marriages between a man and a woman.

“I would hear from the pulpit that faithful Christians needed to save the family and the future of our country and campaign for votes for this proposition,” he recalls. Meanwhile, his son was planning to marry his partner at McLean’s home if the proposition failed.

“This would have been tough for any parent, but for the songwriting apologist filmmaker for the Church, this was simply an impossible spot to be in,” he says. “I needed answers to save my family. I prayed like I had never prayed before.”

“It was like somebody decided to bolt heaven shut,” McLean explains. “I started to wonder, What if I’ve gotten it all wrong? What if I got the church thing wrong? What if I got Heavenly Father wrong? I kept thinking this would end—that there would be some peace that would come or some answers that would start trickling down. But they didn’t. I couldn’t believe I was saying it out loud, but I was thinking about an exit strategy. It was so painful.”

In the midst of his faith crisis, McLean came across a book called Mother Teresa: Come Be My Light: The Private Writings of the Saint of Calcutta, which was published years after her death. As he read about her secret 49-year faith crisis, which she confessed through a series of letters to her spiritual advisors and closest confidants, he related to her struggle.

“She asked, ‘Why has Heavenly Father abandoned me? Why can’t I hear Him or feel His spirit? And I can’t tell anybody this is happening.’ I understood. What was I going to say? ‘Hey, all of you who bought my records, just kidding! You are alone. Quit holding on—the light’s not coming.’”

Will He Really Answer Me? 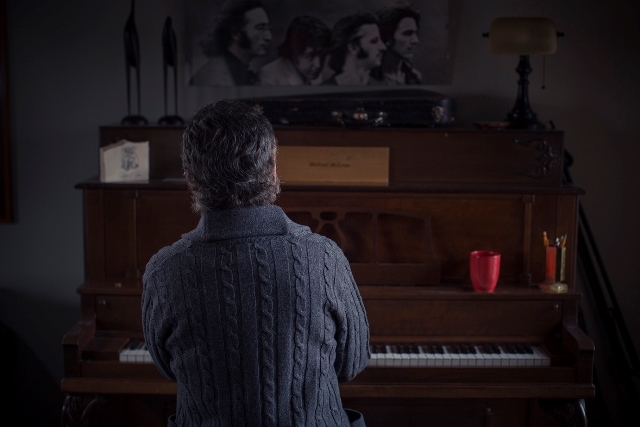 Soon after reading her book, McLean had a dream about Mother Teresa that changed how he approached his crisis.

In the dream, the Catholic nun sang about her life while McLean accompanied her on the piano. He recalls, “It was her song about why she hadn’t just thrown in the towel, given up on faith, and confessed that believing and following a faith tradition was all too much, too difficult, too foolish. In my dream she sang:

“So here’s a Mormon songwriter having a dream about a dead Catholic nun who sings a song that begs the questions: Am I willing to keep the promises I’ve made to God even when I feel nothing in response to my deepest yearnings? In the most difficult trial of my faith journey, would I hold on to faith or give in to despair?”

Like Mother Teresa, McLean would ultimately choose to hold on—no matter what.

“I decided to recommit,” he says. “I’d wait on the Lord and look for answers that satisfied both my heart and mind. I’d attend church and not escape to the parking lot when I’d hear things that broke my heart or just made me feel like I was not where I truly belonged. I’d show up and shut up and listen and wait.”

He would listen and wait for nine years. Then something suddenly changed.

Hold On, the Light Will Come

“A couple years ago, I was in my little studio office where I write songs when, for a 10-day period, it was like I received a download of songs from heaven,” he recalls. “They were coming so fast—songs from the perspectives of people who had different encounters with Jesus, such as the money changer, the guard whose ear got cut off, and the leper.”

But it was the perspective of John the Baptist that especially impacted McLean. “John the Baptist had a faith crisis that goes beyond anything I’ve experienced,” he says. “While he’s locked in prison, about to be executed, he tells some of his disciples to find Jesus and ask Him, ‘Are you the one who was to come? Or should we look for another?’ He’s wondering if, after all he had done, he had gotten it all wrong.”

McLean continues, “John’s disciples find Jesus, and He says, ‘Watch me.’ He doesn’t race to the dungeon to comfort John the Baptist. He starts performing miracles. Then He tells the disciples to go back and tell John the miracles they saw, in the order they saw them. John realizes that his question is being answered perfectly because 700 years earlier, Isaiah had prophesied that the Messiah would perform these miracles, and they would happen in the order that the disciples saw them. John is getting the perfect answer that is designed perfectly just for him.” 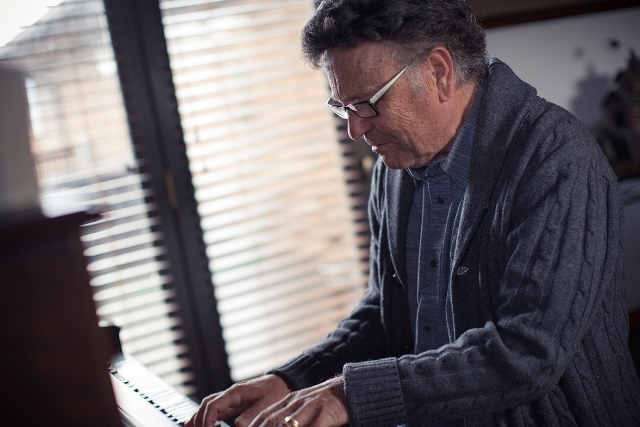 McLean realized that God had sent the answers to the questions that had plagued him for nine years in the lyrics to the songs he had just written. “The answers were perfect,” he says. “But even more incredible to me than their perfection was that they came to me in a language only I would understand. It was so personal. He sent songs to the songwriter.”

He affirms, “You’ll know when God answers you because it will be perfect and personal in every way.”

McLean’s experience with a faith crisis has given him deep compassion and a unique perspective that couldn’t have been developed any other way. But one of the greatest epiphanies he had, which still impacts him today, came from a memory of his deceased father:

“My father suffered from Alzheimer’s, so when he was asked to give a 17-minute talk at an Easter sacrament meeting, I was nervous he would go a little bit off track. In fact, I stood close by so I could come up and rescue him,” McLean recalls. “Every scripture, every reference, was about God the Father’s greatness, wisdom, and intelligence. And I was getting embarrassed because it was Easter Sunday, and he wasn’t talking about Jesus.”

But then, with two minutes left, McLean’s father surprised him by posing a series of profound questions. “My father said, ‘Isn’t it interesting that the Greatest Intelligence in the Universe abandoned His Son at the most pivotal moment in His plan? Could it be that it was at this moment that the Greatest Intelligence of All bore witness to the universe that He had put His faith in Jesus? That He knew Jesus would choose Him no matter what? And could it be that when you think He has abandoned you that He is actually saying, ‘I have faith you will choose me even when I’m not there’?”

And that is exactly how McLean overcame his faith crisis—by choosing God even when he felt abandoned by Him.

Today, rather than being ashamed of his experience, McLean is using it to share a message of hope with others who might be struggling.

“John the Baptist, Joseph Smith, and even Christ himself have felt abandoned by God,” he says. “If any of us have ever felt abandoned and wondered where He is, then we’re in good company.”

McLean says songwriters really only write one song, and his is “You’re Not Alone.” Though the lyrics and melodies are always different, the message remains the same.

He adds, “I know what the darkness is like. He’s always there— even when we can’t see it.”

All images by Jed Wells 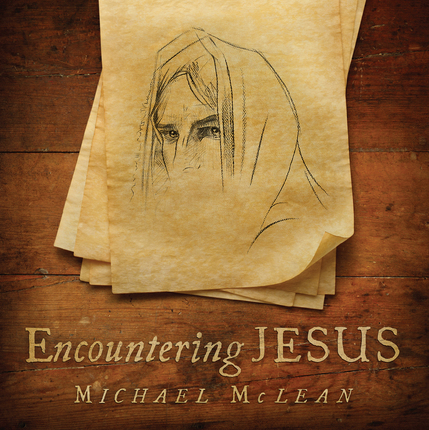 Don't miss the album that came as an answer to Michael McLean's 9-year faith crisis. Encountering Jesus takes the listener on a journey through widely varied perspectives, from Peter as he was rescued while walking on water with Christ, to a leper who was healed, to a child in Capernaum, each song shows a different side of the divine mission of the Savior. In his own words, McLean has expressed this about the album: "This collection of songs came from a lifelong search for understanding about Jesus by studying the stories of those who had unique, personal encounters with Him. I didn't realize when I started this journey that the most unexpected encounter of all would be my own." 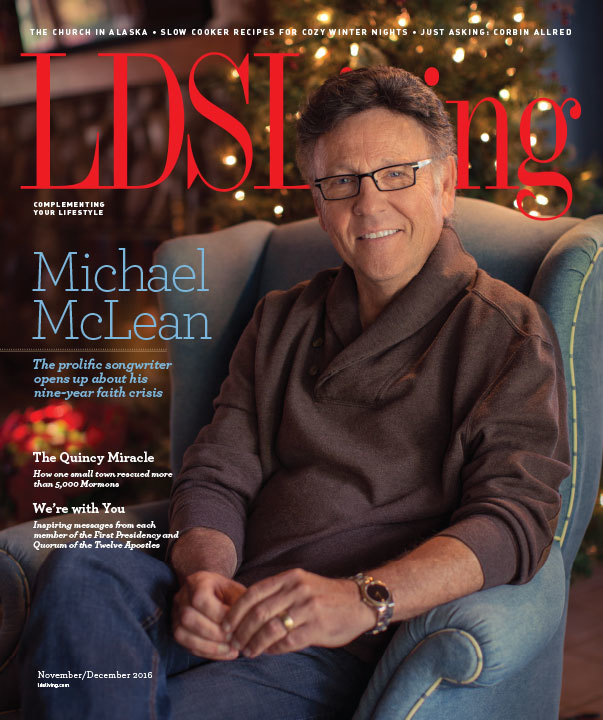 Read more about Michael McLean in the November/December 2016 issue of LDS Living magazine, available at Deseret Book and deseretbook.com.

This issue also features stories about the Quincy miracle, the Church in Alaska, an interview with Corbin Allred, and slow cooker recipes from Six Sisters.