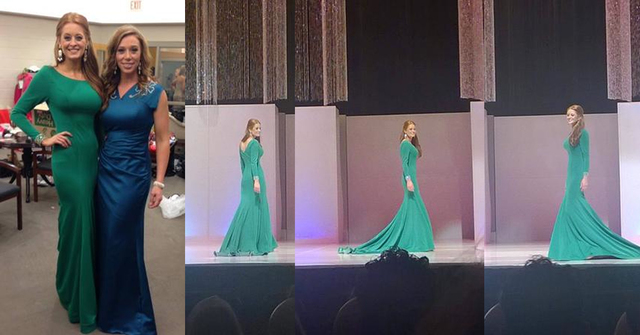 Sticking to her personal modesty standards is not something new for Bekah Pence. Earlier this year, the 29-year-old returned missionary for The Church of Jesus Christ of Latter-day Saints searched tirelessly for appropriate formal wear as she competed for and eventually won the title of Ms. Virginia United States.

While preparing for her next pageant, the Ms. United States competition, Pence learned of three mandatory outfits that she did not feel comfortable wearing. Determined to compete only if the outfits could be altered, Pence once again found a way to uphold her standards. Throughout the pageant, she learned that her determination impacted many and even gave another contestant the courage to compete.

"I think something that was reiterated or came through more strongly this time around is just not being afraid to keep your standards because you never know how it will affect someone," Pence said. "Sometimes (LDS Church) members just don’t realize that personally deciding to keep the commandments, it literally directly impacts others."