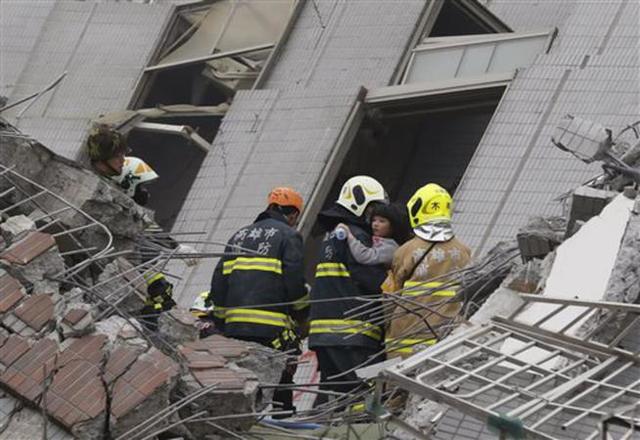 All Missionaries Safe in Taiwan After 6.4 Earthquake

As of Monday morning, the death toll in Taiwan after a  6.4 magnitude earthquake struck the country this weekend is 39, with another 118 still unaccounted for, according to CNN, The majority of the deaths resulted from the collapse of the Weiguan Jinlong highrise building in Tainan.

Over 2,000 firefighters and soldiers responded to the disaster, sifting through the rubble to rescue those trapped or injured. Rescue efforts still continue.

In an email Friday, a mission president reported to parents that all of the missionaries in the Church's two missions are safe, according to Deseret News.

"The Church extends our love and concern for the people of Taiwan impacted by this major earthquake. Gratefully all missionaries serving in the area are accounted for and are safe. Our thoughts and prayers are with those who are suffering," church spokesman Dale Jones told the Deseret News.