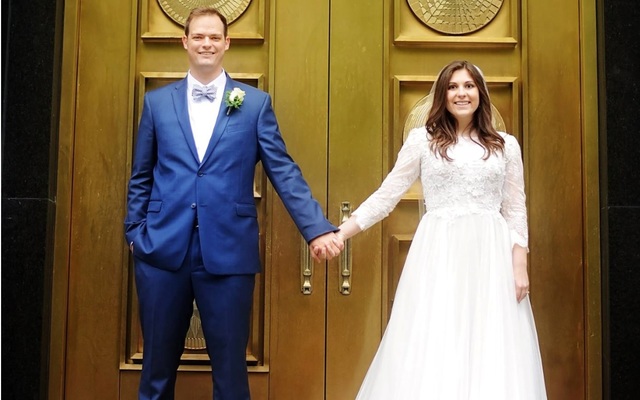 In 2015, I wrote about Logan Groll of Winchester, Virginia, who came home from his mission early—twice.

His first return came after a challenging stint in the Mission Training Center where POCD (Purely Obsessive Compulsive Disorder) constantly threatened to drown out the Spirit and made it difficult to keep pace.

After six months back home learning to manage his mental health, he began a new adventure in the Washington Spokane Mission. He was universally viewed as a marvelous missionary and a cherished companion.

Unfortunately, Groll’s mental health struggles never really slept, and neither did he. Five years ago this week, after giving every drop of physical and spiritual energy, he returned home again—for good.

“What will people think?”

“Are my lifelong dreams in jeopardy?”

Five years later, only the last question matters. And Groll might give you a longer answer if he only had the time.

Today Groll is anxiously engaged in good works. He’s a writer and full-time student at Brigham Young University in Provo, Utah. He’s also married to the love of his life—Sydney Walton Groll. They were married in the Washington D.C. Temple in 2016.

Those haunting questions he smuggled home in his luggage from the mission field? Faded memories.

“To be honest, when I first came home, I struggled,” Groll said. “I compared myself to others as someone physically impaired might compare themselves to a competitive runner. I expected myself to run as fast as them, which was clearly impossible because of my illness. I came home with the feeling that if I had been a little stronger, a little more trained, I would've made it. But a couple of months later, I came to the realization that I was being absurd! Even with the best physical training, someone with bad legs is still impaired, and even with months of therapy, with all my triggers a mission would've been impossible to complete in good health. And it’s okay.”

Groll was grateful to marry someone who was much more concerned with his desire to attend the temple and his willingness to serve the Lord than how many months he served. “Syd wanted to marry a worthy man who was willing to try hard things. No, I didn’t serve a traditional two-year mission. But I did take the woman I love to the temple.”

How is Groll’s mental health five years after returning home? “It's a struggle!” Groll said without a trace of shame. “But I'm not dealing with it on a daily basis in the same way I was on my mission. In times of stress, I still have it flare up. It's never going to go away, but that's all right. I've learned to embrace it as a blessing. I like to think of it as anyone who has overcome a stutter. He or she has to work extra hard to pronounce words, speak slowly, taking time and speaking with confidence. In doing this hard work, their words become clearer than most, their pronunciation exact and their speech powerful.”

Groll seeks out opportunities to speak to other early returned missionaries. “I want them to never lose faith that they can do great things. Even if you never fully overcome your health or other challenges, the Lord will help you cope, find joy, and contribute. I think the Lord gave us these trials as a gift, not a curse. If you believe that, your entire mindset will change. I promise you will have the confidence to live your life to the fullest potential.”

And that’s exactly what Groll is doing five years after his second return home. Like so many others who’ve lived a similar journey, he’s living his best life. He’s discovered that taking off your black missionary tag after 3, 6, 18, or 24 months of honorable service makes no difference.

It’s not about the tag. It’s about the heart beneath it.