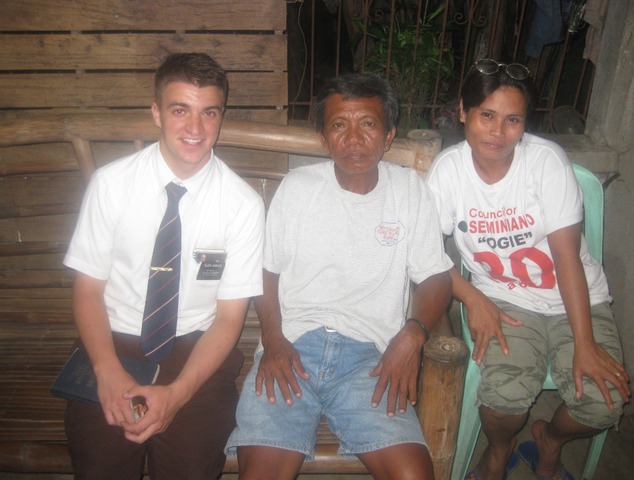 Behold, the royal army with over 52,000 members. When missionaries are called to serve, they often feel like they are joining the modern-day stripling warriors. Whether they serve in Haiti or Houston, Australia or Austria, missionaries go forward with faith to serve the Lord. But almost any missionary will report that support and encouragement from home will make this service a little easier.

And missionaries aren’t the only ones who need this support. A missionary’s family faces the pains of separation, too, when their sons and daughters depart for an extended period of time. Thousands of LDS moms are finding that support from other missionary moms through the LDS Missionary Mom email groups.

Betty and Karl Pearson started the LDS Missionary Mom email groups in 1998, one year before their two oldest childrenserved their missions. Now, 13 years later, five of the Pearson’s seven children have served full-time missions, one is currently serving in the Japan Nagoya Mission, and their youngest son will submit his mission papers in early 2012.

Betty stressed that the groups are not just for current missionary moms. They can also help those who are preparing to send a missionary out.

“Mothers have a lot of questions when preparing to send a missionary out,” Betty said. “The email groups help . . . with the process of submitting mission papers, preparing for the MTC, arriving in the mission and how to be a good missionary mom who is supportive of her missionary and missionary work.”

The Pearsons have personally benefited from this support.

“When my son in Italy needed a new pair of shoes, a missionary mom volunteered to take the shoes to him because she was traveling to Italy where her family lives,” Betty said.

Another time, the Pearsons heard from a missionary mom in Japan who’d seen their son at a zone conference. The mom told the Pearsons, “He looked great, and he was wearing a pink tie!”

When the groups began, all the moms were lumped together in one big group. As more and more moms joined in, the Pearsons decided to group the moms by region according to where their missionaries were serving. Climate is one reason for grouping the mothers this way. Moms who are sending off missionaries often need expert advice from experienced missionary moms about clothing for a specific climate or other regional concerns.

But the regional grouping can also help when disasters occur. Sharma Anderson, a missionary mom from Idaho, was glad she’d joined the email groups when the recent tornadoes struck the Midwest. Her oldest son, Joshua, is currently serving in the Arkansas Little Rock Mission.

“During all the tornado activity happening in the South, it was nice to have the support of other moms and to receive expert advice like ‘Turn off The Weather Channel and put your child in the Lord’s hands,’” Anderson said.
As a first time missionary mom, Anderson has found great support from the other mothers in the group.

“The greatest benefit of the group seems to be for those first time missionary moms who have to experience sending missionaries off,” Anderson said. “They seem to have the hardest time letting go and seem to really rely on the Missionary Mom group to help them through the first six months of service.”

While the first few months of a missionary’s service may be the hardest for those at home, even experienced missionary moms love being part of the email groups. In fact, Betty reported that some moms don’t leave the group until years after their son or daughter has returned.

“Some unsubscribe and let us know . . . that their missionary came home months or even years ago, but they just couldn’t let go,” Betty said. “Then they express gratitude and sorrow for having to leave the groups.”

It seems that sharing the experience of sending a missionary away can bond women together. Through the email groups, missionary moms can endure the separation together and rejoice in the triumphs of both moms and missionaries.

“There are some moms who just need a place to go for moral support,” Anderson said. “I like to think of the Missionary Mom email as free . . . group session therapy. We just don’t get to see each other face to face.”

Even without face-to-face interaction, many missionary moms have made great connections through the website. The Pearsons reported that 13 baptisms and at least one marriage have resulted from the email groups.

“I have made life-long friends because of sisters in my email groups I would never have met otherwise,” Betty said. “There are amazing and wonderfully talented mothers world-wide and they are so supportive. It is wonderful to have good friends all over the world.”

For more information or to join an email group, please visit ldsmissionarymoms.com.